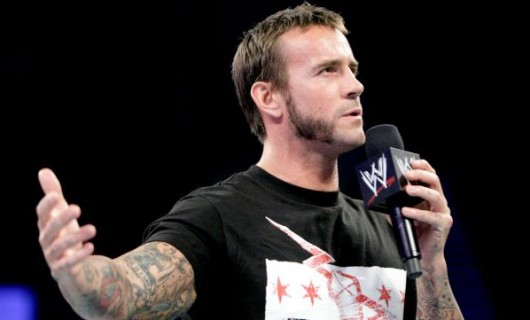 Wrestling Inc. confirmed that it was in fact CM Punk who did the run in at the show. Punk and Dave Prazak, who was involved with the show, were both trained by Steele and Prazak managed Punk early in his career.

Young discussed Punk’s appearance during the interview. While he wouldn’t 100% state that it was Punk, he discussed why Punk might have made the appearance. He noted that Punk wrestled in the building, which is being torn down early next month, during the start of his career.

“That’s the building where [Punk] kinda got his start at,” Young said. “Shortly before that match happened, my wife came up to me because she was one of the managers in the match. She was like, ‘I heard Punk’s going to do a run in.

“It made sense with the match being with Ace Steele and having Dave Prazak involved, those guys are longtime friends and they broke in the business [together]. Punk had maybe his first match in that building. That building has had wrestling for years, a lot of guys got their start there. Unfortunately it’s going to be torn down early next month so we were the last event there. I think it’s just one of those things where he wanted to pay a little respect or a little homage to it.”

As we exclusively reported on Sunday, Punk was never backstage at the show. He had waited in his car outside of the venue before doing the run in and then left immediately afterwards.

“[Punk] was never at the building beforehand, he wasn’t at the building after,” Young said. “He came, did the run-in in a mask and then left in a mask. I can’t even 100% say it was CM Punk, but from what I was told [it was], and I don’t know why anyone would lie to me.

“That’s what I was told and I’d like to believe it, if for nothing more than the publicity it got MKE Wrestling.”

You can listen to the interview with Young below.

.@lastrealmanROH explains why CM Punk's (alleged) cameo at the @MKE_Wrestling event in Wisconsin is a full circle moment in Punk's wrestling career. pic.twitter.com/ZE6JfuMtfa