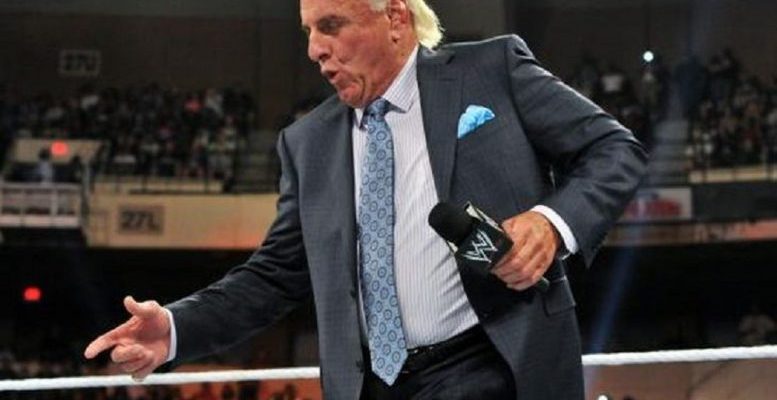 Less than a week after Ric Flair’s Last Match, The Nature Boy got physically involved in the main event of WWC Anniversario.

On July 31, the Ric Flair’s Last Match PPV took place. The Nature Boy seemingly hung up his boots for good after securing the win for his team with son-in-law Andrade El Idolo, when he pinned Jeff Jarrett in a figure four leg lock in the main event. However, just six days later, Flair found himself physically involved in the main event of another significant event. The stage was the annual Anniversario show promoted by the World Wrestling Council in Puerto Rico, where Flair appeared as the manager to Andrade, facing off against fellow WWE alum, Carlito.

As reported by Thomas Lowson (SEScoops) Carlito defeated Andrade El Idolo in the last match of the night for WWC Anniverario on August 6. While both competitors are well-known wrestling fans around the world for their respective tenures in WWE, not to mention Andrade’s current work with AEW, it was a pair of WWE Hall of Famers who arguably stole the show. Ric Flair posted photos to his Twitter of him getting into an altercation with Carlito’s father, the legendary Carlos Colon during the match (as well as the icons and their family members posing together backstage).

This was actually a revisiting of a very old rivalry. In Flair’s prime, he worked some of the greatest matches in wrestling history and along that run, Colon challenged Flair for the NWA Championship back in 1983. The Puerto Rican star even garnered a “phantom” title reign—beating Flair in a match never recognized on NWA TV, after which Flair quietly won the title back, as was somewhat customary at the time.

Late in his in-ring career with WWE, Ric Flair actually worked multiple angles with Carlito. That includes Flair beating Carlito to win his lone Intercontinental Championship in 2005. A year later, Flair insulted the youngster’s lack of dedication en route to the two of them forming a teacher-student tag team, only to windup feuding once more. Carlito was arguably a big missed opportunity for WWE, but Flair did his part as a partner and rival in the effort to help him succeed. So it was that there was another layer to The Nature Boy backing his son-in-law, Andrade against this old rival.

It’s for the best that Ric Flair’s altercation with Carlos Colon seems to have remained short and not all that intense given each man is in his 70s and probably best suited leave wrestling to younger athletes at this point. Flair proved in his last match that he’s still up to the task of delivering his signature chops and taking a bump, but he isn’t getting any younger. That match left Nature Boy fans on a high note, and hopefully he won’t press his luck much further.