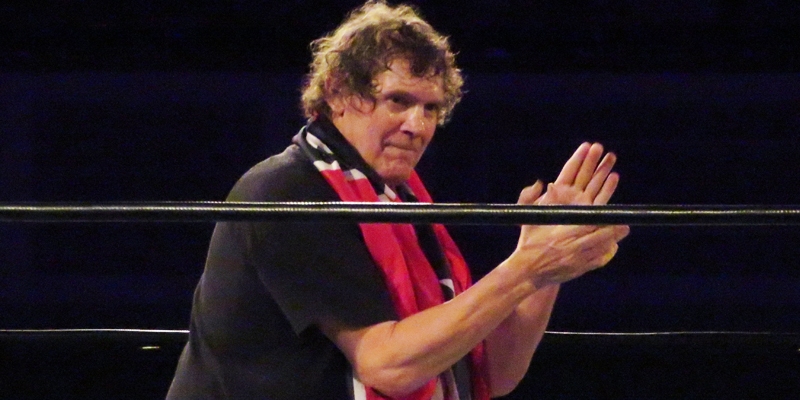 Pro wrestling veteran Tracy Smothers has passed away at the age of 58.

Smothers announced in November 2019 that he was battling lymphoma. The Eat Sleep Wrestling website noted on Monday that they talked to Smothers via phone call and it looked like his first bout with cancer was going to be “a squash match” compared to this second round. The update from Monday also noted that Smothers suffered heart damage from the heavy chemotherapy in his first battle with cancer, which led to Smothers being hospitalized a few times. Smothers underwent surgery for a hernia just 11 days ago.

“Tracy’s ready to fight this cancer as hard as he did last fall, but the heart problems have delayed the cancer treatments and the hernia issue has delayed doctors from treating the heart issues. He’s in a real battle. Tracy is in it to win it, and he sends his love to all his friends and his wrestling family, and he is asking for prayers,” ESW wrote on Monday.

A GoFundMe had been launched at this link to help with Smothers’ medical expenses, and an indie event was planned for this weekend in Bartonville, IL to help raise more money. Smothers also asked ESW to plug his book, which you can find here.

In an update, Timothy Denison noted on Facebook that Smothers passed away this morning at around 4:24am, due to his fight against cancer.

Funeral arrangements and a “Celebration of Life” will be announced in the near future for Smothers’ family, friends and fans. Denison noted that Smothers is survived by his mother, sister, two brothers, two sons, and his girlfriend.

WWE is saddened to learn that Tracy Smothers passed away today at the age of 58.

A native of Springfield, Tennessee, Smothers teamed with Steve Armstrong, as his career began in Florida Championship Wrestling. The duo competed in WCW as The Southern Boys and The Young Pistols and were engaged in a long rivalry with The Fabulous Freebirds tandem of Michael Hayes & Jimmy Garvin.

After another stint on the independent wrestling circuit, Smothers began wrestling in WWE as Freddie Joe Floyd. Smothers shared the ring with icons such as Triple H and “Stone Cold” Steve Austin during his time with WWE. Later, the wrestling veteran had a memorable run with ECW.

WWE extends its condolences to Smothers’ family and friends.