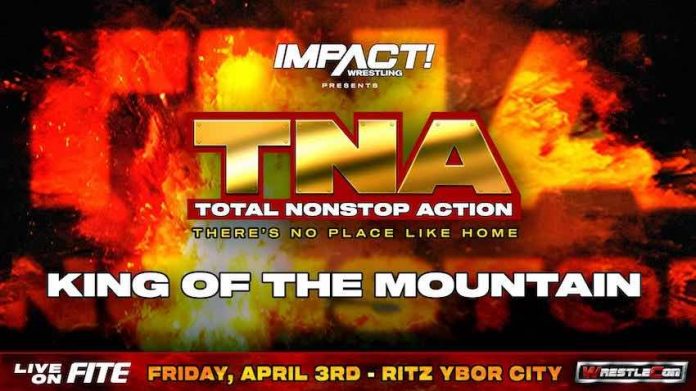 Impact Wrestling announced Sunday on Twitter (view below) that a King of the Mountain Match will take place at their TNA themed There’s No Place Like Home event that will be part of WrestleCon during WrestleMania 36 weekend.

The event will take place at The Ritz in Ybor City, Florida on Friday, April 3, with tickets ranging from $60 to $150.

Impact has previously announced for the event an Ultimate X Match, and appearances from past TNA stars Scott Steiner, “Wildcat” Chris Harris, Disco Inferno, Petey Williams, Chris Sabin, The Amazing Red, and Aces & 8’s, which will be represented by D’Lo Brown and Ken Anderson.

Participants for the King of the Mountain Match have not yet been announced.

The event will stream live on FITE TV beginning at 7:00 pm ET.

BREAKING: For the first time in four years, the King of the Mountain match will return at TNA: There's No Place Like Home on April 3rd as part of @wrestlecon in Tampa!