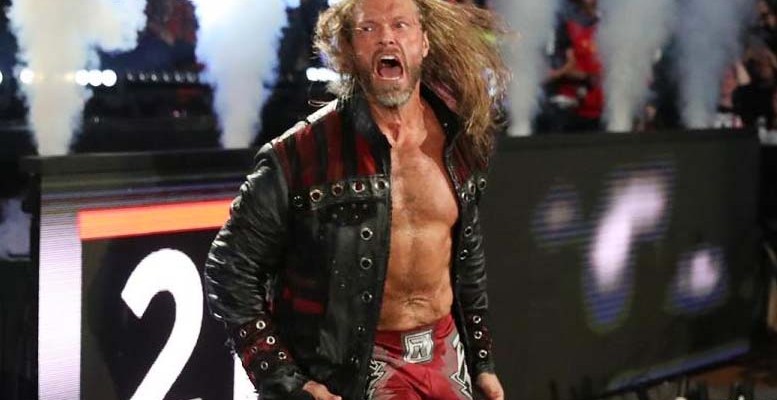 After the rumors of a in-ring return for WWE Hall of Famer Edge and his denials, Edge returned to the ring last night in the men’s Royal rumble match.

The Rated R Superstar entered the 30-Man Rumble Match main event at #21 and ended up being the 28th elimination, by Roman Reigns.

There’s no word yet on what WWE has planned for Edge, but @Wrestlevotes reports that he recently signed a three-year WWE contract that is said to be worth significant money.

This hasn’t been confirmed but there is now fan speculation on Rated RKO doing battle at WrestleMania 36 after Edge and former partner Randy Orton turned on each other during the Rumble Match after teaming up.

Pro Wrestling Sheet has confirmed prior to re-signing with WWE to return to the ring, Edge had contract talks with AEW.

WrestleZone first reported on the talks between Edge and AEW. Sources close to the situation confirm Edge began discussions with both AEW and WWE in August after making it known on his podcast that he could wrestle another match.

During talks, AEW made a serious offer for Edge aka Adam Copeland to work behind the scenes as an agent or producer – as well as wrestle a handful of matches.

As we finally saw last night though, Copeland decided to return to WWE.

According to Pro Wrestling Sheet, Edge’s new WWE multi-year contract calls for him to take part in a few matches a year and a number of appearances on WWE TV. It’s unclear which brand he’ll end up on at this time, but he’s rumored to be facing a Raw opponent (Randy Orton) at WrestleMania 36.