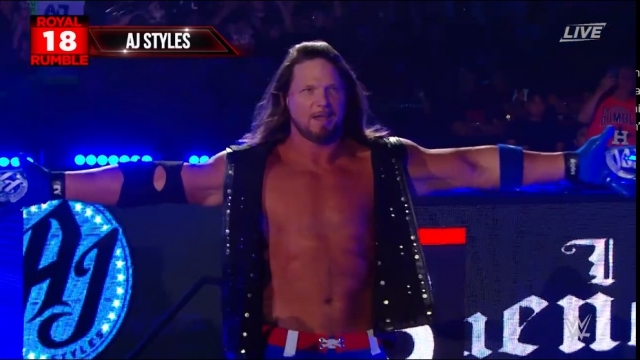 It appeared that AJ Styles exit from the Royal Rumble match seemed to occur earlier than planned and now we’ve learned it was due to injury.

The Wrestling Observer reports Styles suffered a shoulder separation during the Royal Rumble match on Sunday.

In case you missed it, WWE Hall of Famer Edge made his shocking return to the company in the match and landed a flurry of spears on everyone in the ring. The injury to Styles appeared to occur while he was on the receiving end of a spear moments later.

The severity of AJ’s shoulder injury is unclear at this time.

Styles will be undergoing testing to determine the severity of the injury as soon as possible, perhaps at RAW today.

One thought on “AJ Styles Injured At The Royal Rumble”