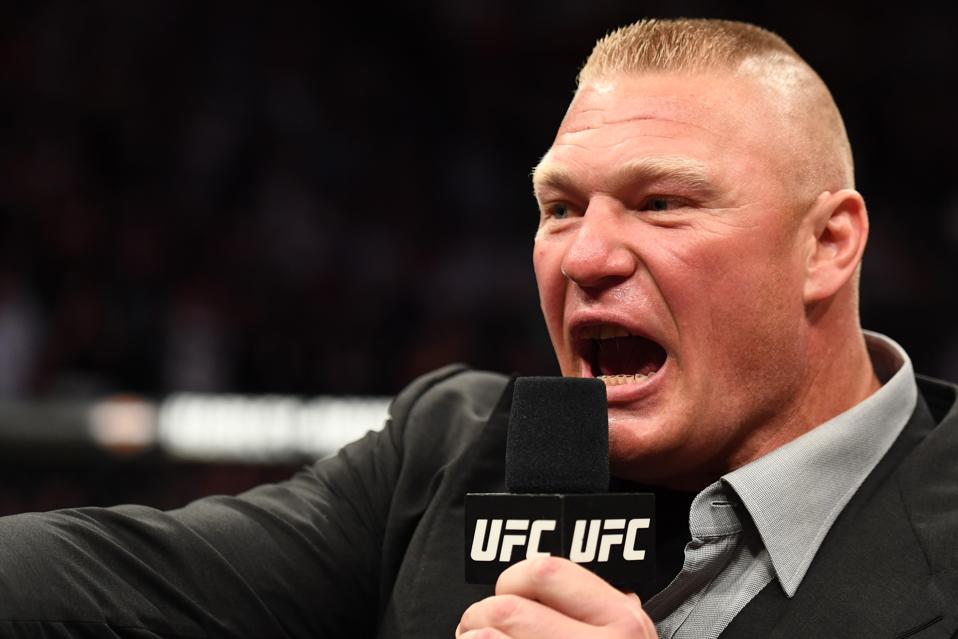 Brock Lesnar showed up at UFC 226 this past Saturday and was invited into the Octagon by Daniel Cormier. Lesnar proceeded to shove the new UFC Heavyweight Champion and cut a promo ripping the UFC Heavyweight Division.

“I walked into this building and watched the Heavyweight disasters from the beginning,” Lesnar said. “Ngannou’s a piece of s–t, Miocic, the piece of s–t, DC… I’m coming for you motherf–ker.”

After the incident, UFC President Dana White said that the company was “definitely going to make that fight.”

ESPN’s Brett Okamoto reports that Lesnar has re-entered the USADA testing pool in preparation for another fight. According to MMAJunkie.com, Lesnar re-joined the USADA testing pool on July 3rd. Lesnar still has around six months remaining in his suspension after failing a pair of drug tests following his UFC 200 fight against Mark Hunt. Lesnar had defeated Hunt via unanimous decision, however the result was changed to a no-contest. He will be eligible to fight again on or after January 8, 2019.

Lesnar is still WWE Universal Champion and has one match left on his contract, according to Dave Meltzer of The Wrestling Observer. His next match has yet to be officially announced by WWE.

Brock Lesnar has officially re-entered the UFC's drug program, per USADA. He will be eligible to compete by Jan. 8. His official re-entry first reported by MMAFighting.