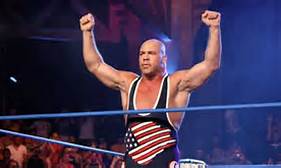 Kurt Angle confirmed on Jim Ross’ podcast The Ross Report that his TNA contract expires on September 21st this year. Angle said TNA has offered him a new deal but he hasn’t signed it because his next contract will probably be his last & he wants to consider his options. Angle said he thinks he will be able to wrestle again in October.