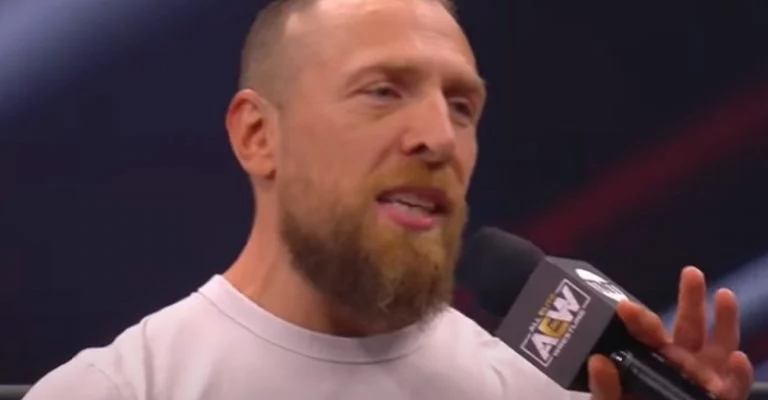 Another case of bad luck has struck AEW. Bryan Danielson is out for NJPW and AEW’s Forbidden Door, as well as AEW Blood and Guts.

Danielson’s injury is an especially devastating blow; not only was he set to have a dream match against NJPW’s Zack Sabre Jr, but he was also booked to fight alongside the Blackpool Combat Club at AEW Blood and Guts.

On last night’s episode of Dynamite, Bryan Danielson opened the show by announcing to the AEW faithful that he had “good news and bad news.” The bad news is that he will not be competing at either Forbidden Door or Blood and Guts. The exact diagnosis of Danielson’s injury is unclear, but Bryan Danielson explained that his injury was the result of what Chris Jericho and Jake Hager did to him during the “Anarchy in the Arena” match at Double or Nothing.

Danielson’s good news is that he has found a replacement for him at both Forbidden Door and Blood and Guts. He touted this mystery man as one of the greatest technical wrestlers in the world, and someone more than capable of taking on Zack Sabre Jr. Danielson concluded his promo by teasing the audience; he announced that he won’t be telling anyone (including ZSJ) who this replacement will be.

ZSJ and Danielson exchanged some heated words, with the cocky Brit proclaiming himself the best technical wrestler in the world.

Danielson’s big secret will undoubtedly lead to boatloads of speculation over the next few days. There’s a decent amount of names who could fit Danielson’s criteria. Johnny Gargano, Cesaro and Jonathan Gresham, for example, are both proficient technical wrestlers that could contractually speaking appear at Forbidden Door and Blood and Guts. However, fans will just have to wait and see who ZSJ’s opponent is.