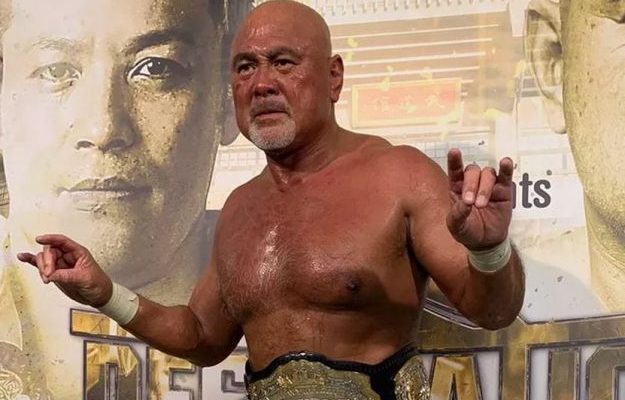 Keiji Mutoh, best known for his portrayal of The Great Muta in WCW and NJPW, announced his impending in-ring retirement at the “Cyberfest Festival” yesterday.

Muta, currently signed to Pro Wrestling Noah, appeared at the joint project of DDT, Noah, and Tokyo Joshi Pro, and announced that he will no longer be competing in the ring after this Spring. He intends to have a final 5 matches before he takes off his boots for good.

The longtime veteran returned to pro wrestling this past May after recovering from a hip injury. He has been competing on and off for nearly 40 years now, first debuting in 1984 with New Japan Pro Wrestling. He would go on to be the IWGP Heavyweight Champion with the promotion on four separate occasions throughout his career.