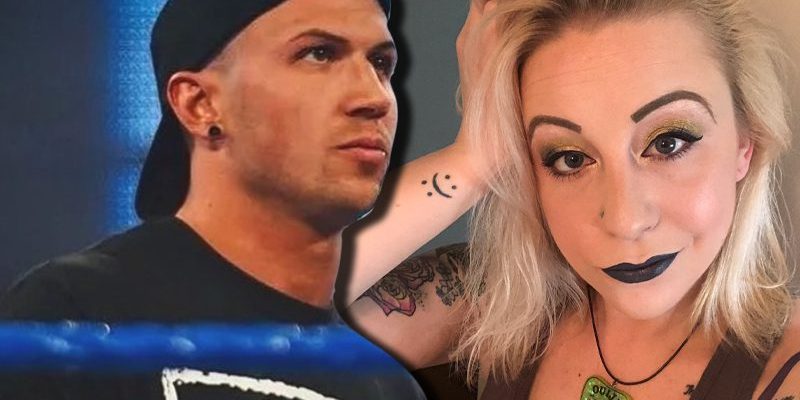 On Wednesday, April 6, Fightful’s Sean Ross Sapp reported that Carter (real name Zachary Green) was released by WWE. Sapp’s report comes just a few days after Kimber Lee publicly revealed that she was a victim of domestic violence and that Carter had physically assaulted her. Lee initially went public with her story on social media last week but deleted her posts soon after. On Tuesday, Kimber Lee again publicly alleged that Carter had hit her.

“Hey NXT this is my face after your tag champ Nash Carter got wasted and hit me so hard he split my lip open,” Lee tweeted, tagging both NXT and Carter in the post. She added that Carter told her after the incident that she’s a wrestler and wrestlers get “marked up” all the time. Lee followed up that tweet with another apologizing to her fans for backing away from the allegations last week. She also claims Carter had been messaging her over the weekend asking her not to say anything else publicly.