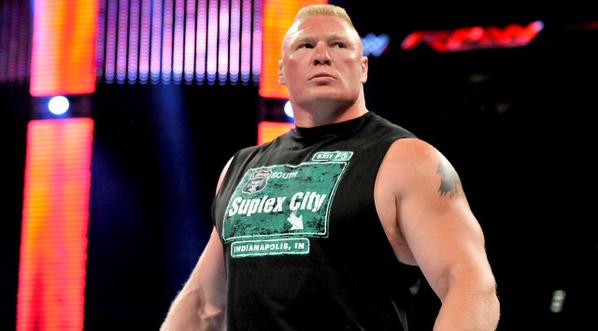 Brock Lesnar and WWE have been in recent talks about Lesnar making his return to the company, according to Fightful.

The report noted WWE has plans in place for the WWE Superstar and are hoping his return could be imminent. No word on when he’ll be on WWE TV though.

His WWE contract reportedly expired last August without the two sides agreeing on new terms and, at that time, Lesnar’s merchandise was removed from WWE Shop. It was expected Lesnar would eventually return to WWE, despite not re-signing.

His most recent appearance was at WrestleMania 36 when he lost the WWE Championship to Drew McIntyre.

With SummerSlam nearly sold out, it was previously noted WWE is looking to put together a WrestleMania-level PPV that would likely include Lesnar. This year’s PPV is on Saturday, August 21 from Allegiant Stadium in Las Vegas, Nevada.

It was reported earlier this month WWE was considering Lesnar vs. WWE Universal Champion Roman Reigns at SummerSlam.

There has been some talk of a possible Lesnar vs WWE Champion Bobby Lashley at SummerSlam.

One thought on “Brock Lesnar Reportedly Talking With WWE”