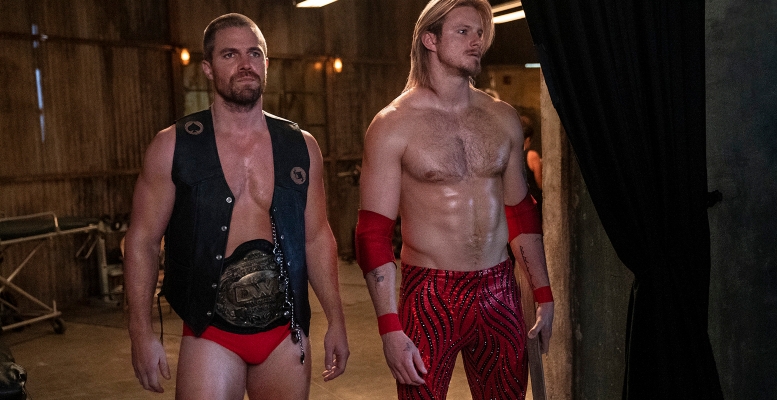 TV network Starz has released some cool photos from ‘Heels’ — the upcoming Stephen Amell-led drama set in the world of independent wrestling.

Starz unveiled the images on social media on Tuesday.

The photos feature Amell and his co-star Alexander Ludwig full wrestling attire. Amell’s character is also wearing a championship belt around his waist.

According to Entertainment Weekly, ‘Heels’ is about a family-owned wrestling promotion in Georgia. Amell plays a character called Jack Spade, and Ludwig plays his brother/rival Ace.

“The premiere date for [Heels] is locked,” Amell tweeted a few days ago. “[Alexander Ludwig’s] hair is majestic. There’s good stuff on the way!!”

The 8-episode drama series is set to premiere in the summer.

This obviously wouldn’t be Stephen’s first brush with wrestling. He’s made appearances in WWE, wrestled against Christopher Daniels at All In and has a close relationship with Cody Rhodes — who he invited to join him on the new TV show when it was first announced back in 2019.

Will one of AEW’s Executive Vice Presidents be making an appearance on the show in the future?