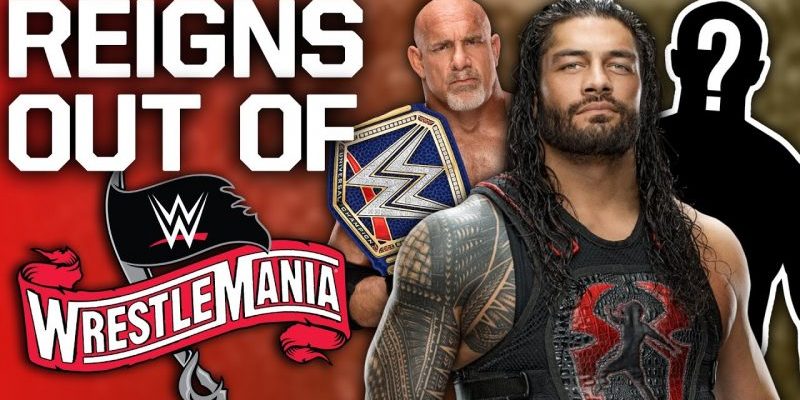 Roman Reigns was set to compete in one of the main event matches at WrestleMania 36, taking on Goldberg for the WWE universal championship. The event — already moved from Raymond James Stadium in Tampa, Florida, to the WWE Performance Center in Orlando with no crowd in attendance due to the global coronavirus pandemic — was pre-taped in recent days. But Reigns’ past battles with leukemia have left him immunocompromised, and the superstar made the decision to remove himself from the event.

In an Instagram post on Monday, Reigns confirmed that he did pull out of WrestleMania, but he did not specify the reason. Rather, he addressed assumptions made by media and fans about his withdrawl.

“You already know what’s going on. It’s all over the news — the dirtsheets, whatever you want to call them — that I pulled out of WrestleMania,” Reigns said while exercising outdoors. “It’s funny because, for years now, man, years, people are like, ‘Don’t show up to WrestleMania. We don’t want you in it.’ There’s a nice handful of dudes and haters that didn’t want me there. But the moment I make a choice for me and my family, I’m a ‘coward,’ I’m a ‘sissy’ — a lot of different things that I am now.

Reigns’ decision to pull out of the event was first reported by Pro Wrestling Sheet and later ESPN with both outlets stating it was due to health concerns. WWE declined official comment to CBS Sports and other media, potentially as to not reveal spoilers from its taped programing.

Reigns had initially been diagnosed with leukemia at age 22, and the disease unfortunately returned recently, forcing him to step away from wrestling in 2018 before an early 2019 comeback to the ring. As a cancer survivor, Reigns is considered immunocompromised. Nevertheless, he had been participating on WWE TV — albeit not in matches — over the last few weeks as the coronavirus pandemic has unfolded.

WWE had seemingly booked a slow but steady resurgence for Reigns to achieve another “WrestleMania moment” where he was expected to win the title from Goldberg on the biggest show of the year.

Watch Reigns’ video update below. The conversation turns to WrestleMania at 2:31.

Just piggy backing my boy @flex_lewis ‘s thoughts on kindness and being thoughtful to others. Along with a brief explanation of what’s going on with me. Unity and accountability to this crazy power of connectivity. Be safe y’all and hands off them faces! Ah yessir.

WWE chief brand ambassador Stephanie McMahon has previously spoken about the company’s screening practices while holding events, including recent editions of Raw and SmackDown from the Performance Center.

“At a typical event, talent are milling about, they’re at catering or wherever when they’re not actually in part of the show,” McMahon told Variety. “That’s not allowed now. There’s extensive testing and screening when you first come in the facility regardless of whether you’re a talent, a crew member, or anyone else. Working with our doctors, you have your temperature taken. If you have a temperature over 100.4 degrees, you are automatically asked to leave. If you’ve been out of the country or been in touch or in contact with anybody who’s been out of the country, you’re not allowed in the facility.”

WrestleMania 36 will air on WWE Network on April 4 and 5 as a two-day event hosted by former NFL star Rob Gronkowski. It will begin at 7 p.m. ET each evening. Preshows begin at 6 p.m. ET and will air on FS1.

One thought on “Roman Reigns Confirms He Pulled Out Of Universal Title Match vs. Goldberg At WrestleMania 36”