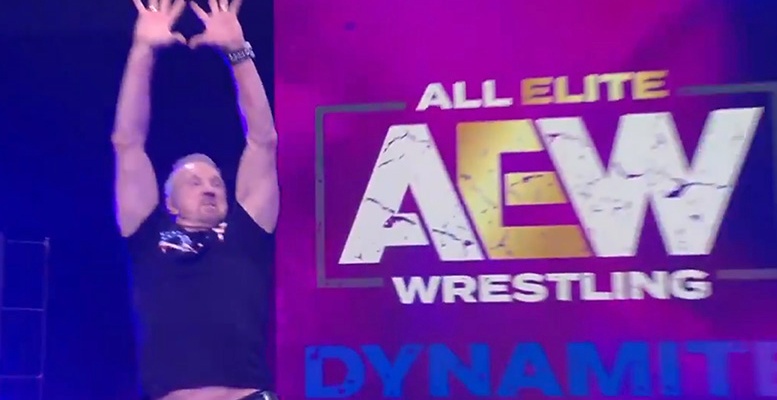 Diamond Dallas Page had Cody Rhodes’ back tonight during a surprise appearance on All Elite Wrestling: Dynamite.

Chris Jericho’s Inner Circle were shown throughout the show in a suite and during an interview segment involving Cody they began to interrupt AEW exec.

Rhodes didn’t budge, however, and told Jericho, “This isn’t like the other wrestling company we came from, this isn’t an invisible wall right here. I could easily step through and I could easily come up there and we can fight right here.”

Jericho attempted to call Cody’s bluff and pointed out how the numbers were on his side.

This prompted Dustin Rhodes, MJF and DDP to come out to make things even. The foursome walked up to the suite, but Inner Circle locked themselves in a room behind a glass door and Jericho began to mock Team Rhodes. Cody was two steps ahead though and wrapped his hand with MJF’s scarf though so he could punch through the door, causing a brawl to breakout.

Watch two videos showing these parts of the segment below.

IT'S ABOUT TO GO DOWN! Watch #AEWDynamite LIVE on @TNTDrama pic.twitter.com/aSsuP7RXul