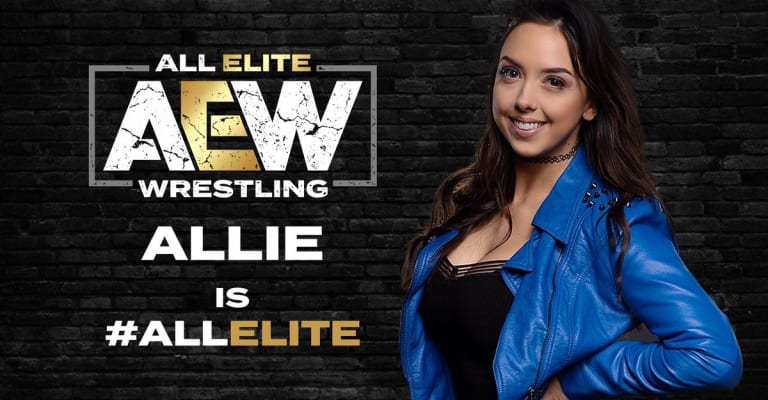 On the latest Road to Double or Nothing it was announced former Impact Knockouts Champion Allie has signed with AEW. The above video features Allie meeting with Brandi Rhodes and getting ideas for her new wrestling gear with former WWE seamstress, Sandra Gray.

Allie spoke about how she first got into wrestling and how she’s looking forward to working with All Elite Wrestling.

Allie originally appeared in Impact back in 2013 and signed a contract with them in 2016. Allie has already finished up with Impact Wrestling, according to PWInsider. Allie’s last appearance will air on tomorrow’s episode of Impact. The report stated she knew back in January the company wouldn’t be renewing her deal as they look to refresh the roster. Allie was said to be well liked and ended up keeping the news mostly to herself, so when yesterday’s signing broke that would be when many in Impact were made aware of her exit.

Here is the Mid-South North American title that was mentioned on the latest #aew road to double or nothing.