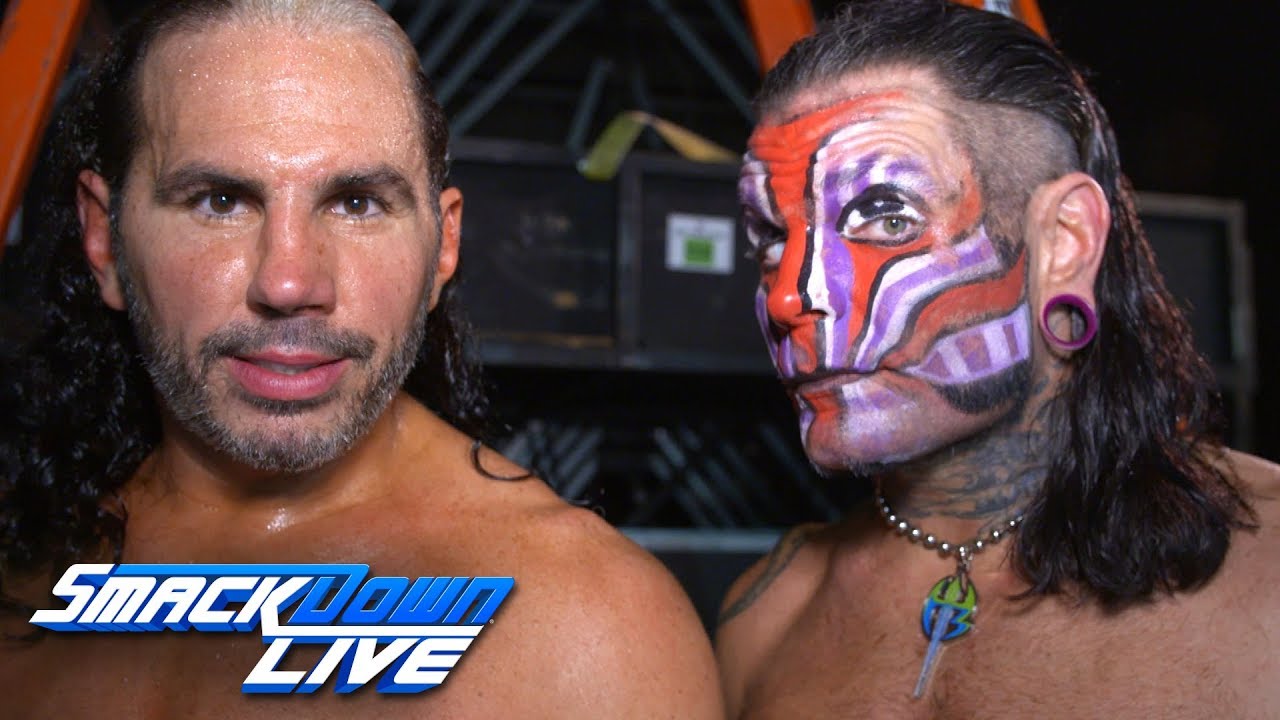 As noted, Matt Hardy and Jeff Hardy reunited as The Hardy Boyz on this week’s WWE SmackDown, their first time teaming up since mid-2018. They defeated The Bar.

Word from within WWE is that the company invoked a clause in their contracts that will see the deals roll over for one more year. The brothers signed a two-year deal back in 2017 for the WrestleMania 33 returns and those deals included a third year option. WWE picked those options up and they reportedly include a significant pay raise for the third year.

Below is video of The Hardys talking to the WWE camera after defeating Sheamus and Cesaro on SmackDown. Matt said the experience was exhilarating.

“I mean, I can say on my end it was absolutely exhilarating,” Matt said when asked about the return. “Any time when we get back together, obviously the first thing I think about is us first chasing our dreams, us first appearing for WWE, and then I think about us returning for WrestleMania 33. And I’m sure Jeff has some major feelings going on as well.

Jeff added, “Oh yeah, to be in North Carolina, Charlotte. We used to come here and watch WWE back in the day as kids. And now to reunite once again, a year later since we’ve teamed. It’s always a powerful thing when we can reconnect and still wow the people.”

The Hardys were last on the RAW brand together but they split up during the 2018 Superstar Shake-up when Jeff was sent to SmackDown. They will be on SmackDown for this run. The WWE cameraman asked them what kind of message they would send to current SmackDown Tag Team Champions The Usos and that’s when Matt indicated that his “Woken Hardy” gimmick will be put to the side for the time being, at least for the most part.

“I think we sent a very specific, special message today,” Matt said. “And basically that is this – myself, Matt Hardy and The Charismatic Enigma, Jeff Hardy, we are the greatest tag team in all of time and space, and we are back together to prove that, without a shadow of a doubt. Myself, I know the last time people saw me I was ‘Woken Matt Hardy’ and well I have learned how to control the Woken Wonder that’s inside of me, the Broken Brilliance inside of me. And together, everyone’s going to learn that myself and my Brother Nero, Jeff Hardy, we’re unstoppable, we’re indestructible, we’re unkillable. The greatest tag team of all time and space!”