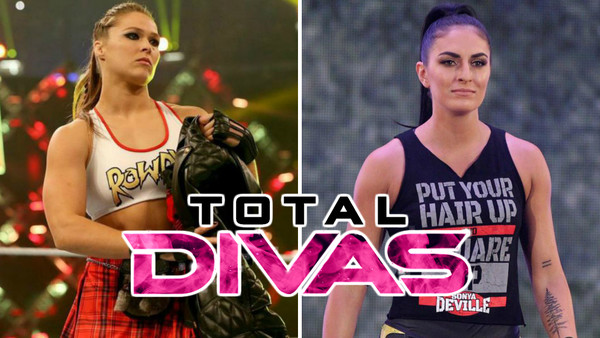 The Bella Twins will not be participating in the next season of WWE’s Total Divas, according to Pro Wrestling Sheet.

Word is that Nikki Bella and Brie Bella will be removed from the Total Divas cast so they can focus on their own show, Total Bellas. The Bellas reportedly made the decision to step away from Total Bellas, for the time being, at the end of last season.

Total Divas producers were able to land RAW Women’s Champion Ronda Rousey for season 9, to help fill the void, according to Squared Circle Sirens. Sonya Deville has also confirmed her role on the ninth season, as noted before.

The cast for season 9 of Total Divas will be Rousey, Deville, Carmella, Natalya, Naomi and Nia Jax. Stars who will not be returning to Total Divas are The Bella Twins, Paige, Rusev and Lana.