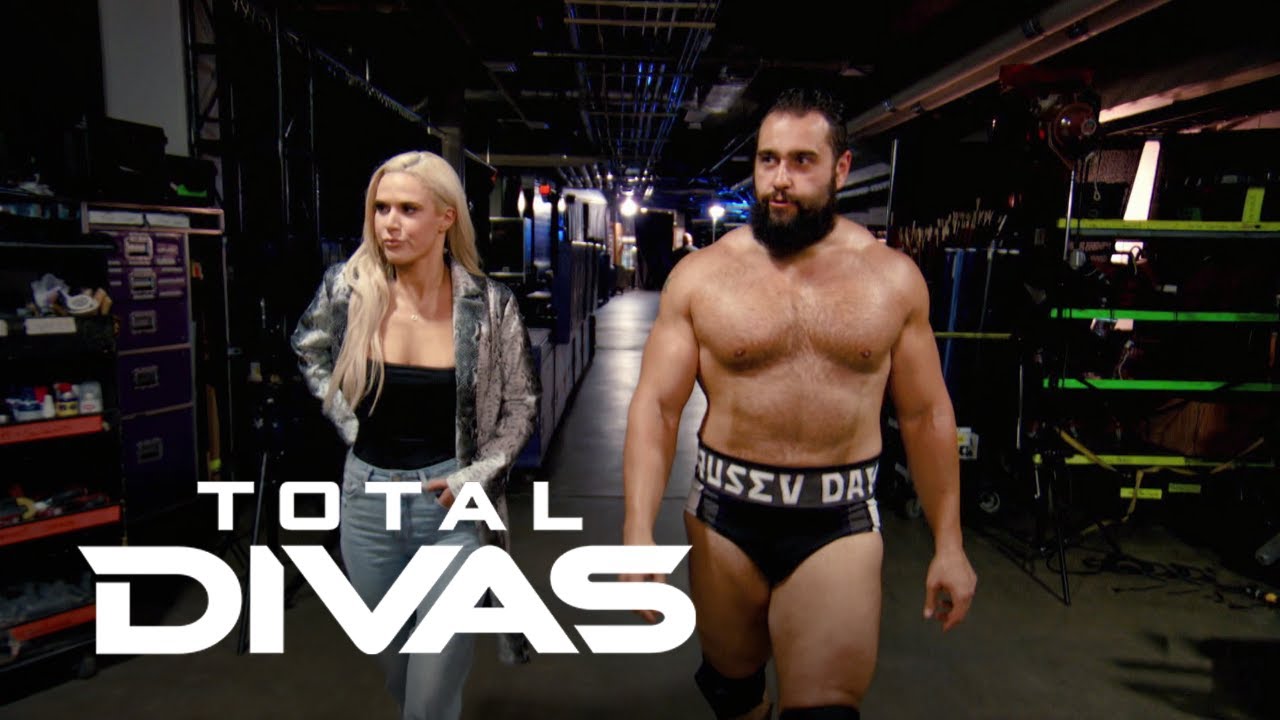 Lana and Rusev’s tenure on Total Divas is coming to an end, and Lana isn’t happy about it.

Lana — who joined Total Divas as a main cast member in the show’s sixth season — announced that the couple would no longer be involved with the E! reality series while being interviewed by Lillian Garcia on the most recent episode of Chasing Glory.

“Kevin Dunn told me that E! Executives took a poll and that we are strongly disliked by the demographic,” Lana told Garcia, after mentioning that she and Rusev had once been told they were going to get their own spin-off series. “They do not like us and that I’m hated, we’re hated, and that the E! Executives thought that our stories were very slapstick, and they were a strong no,” she added.

The clearly distraught superstar continued: “It’s just that I’m not liked and one part of me is like – and I said that – Mark Carrano and Kevin Dunn was there and I said, ‘Maybe, I’m just not a likable person.’ I know I’m a good person, but maybe I have a boring personality because I’m just not liked.”

The Ravishing Russian went on to say that the way the show was edited to make her look bad:

“There’s so many things in edit that I was royally screwed over,” she claimed, before acknowledging that she knew what she was signing up for. “I understand that when you sign up for reality TV, you have to be ready to be not perfect and I was OK with that.”

“I’ll make my own show. Once I get rejected from somewhere or whatnot, I’m moving on,” Rusev chimed in.

Listen to the full interview below. The aforementioned convo begins at the 38-minute mark.