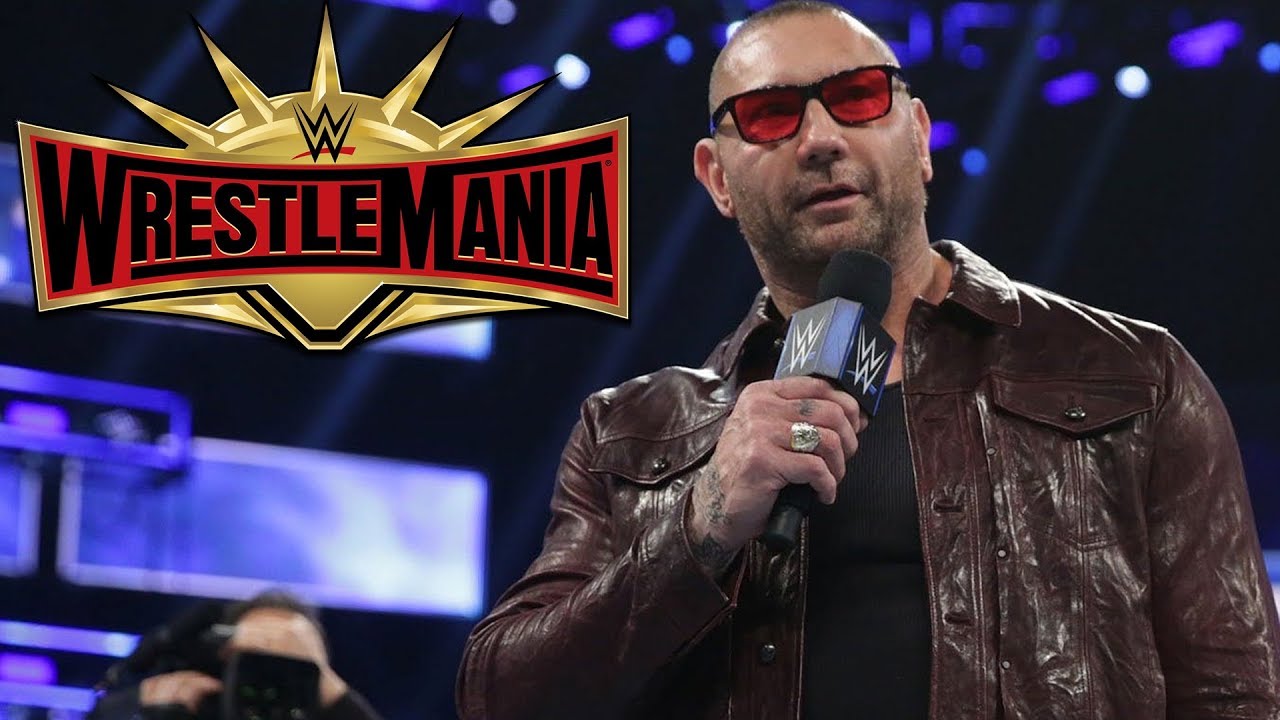 Pro Wrestling Sheet reports that Dave Bautista is in talks with WWE for a match at WrestleMania 35, but it’s not set in stone yet … and All Elite Wrestling is expressing interest.

According to multiple sources, the “Guardians of the Galaxy” star is deep in talks with WWE about a return on “The Grandest Stage of Them All.”

However, we’re told he’s 50/50 on returning at this point based on how talks have gone.

In addition to this, we’re told there’s been interest expressed to Dave from All Elite Wrestling and he isn’t turning them away. Our sources say he’s listening to what both companies have to offer.

For those unfamiliar, AEW is the new company started by the billionaire Khan family with Cody Rhodes, Kenny Omega and The Young Bucks serving as Executive Vice Presidents. Chris Jericho is also signed to the company and it’s rumored a TV deal is on the horizon.

As you may recall … Dave last made a WWE appearance in October during SmackDown 1000’s Evolution reunion. The segment ended with a tease for a future match between Batista and Triple H. The next month, however, Triple H got injured at WWE Crown Jewel.

The WWE Exec has since been cleared to train again though, as he revealed on a media call.

One thought on “Dave Bautista In Talks With WWE For WrestleMania 35 Match, But Also Has Interest With AEW”