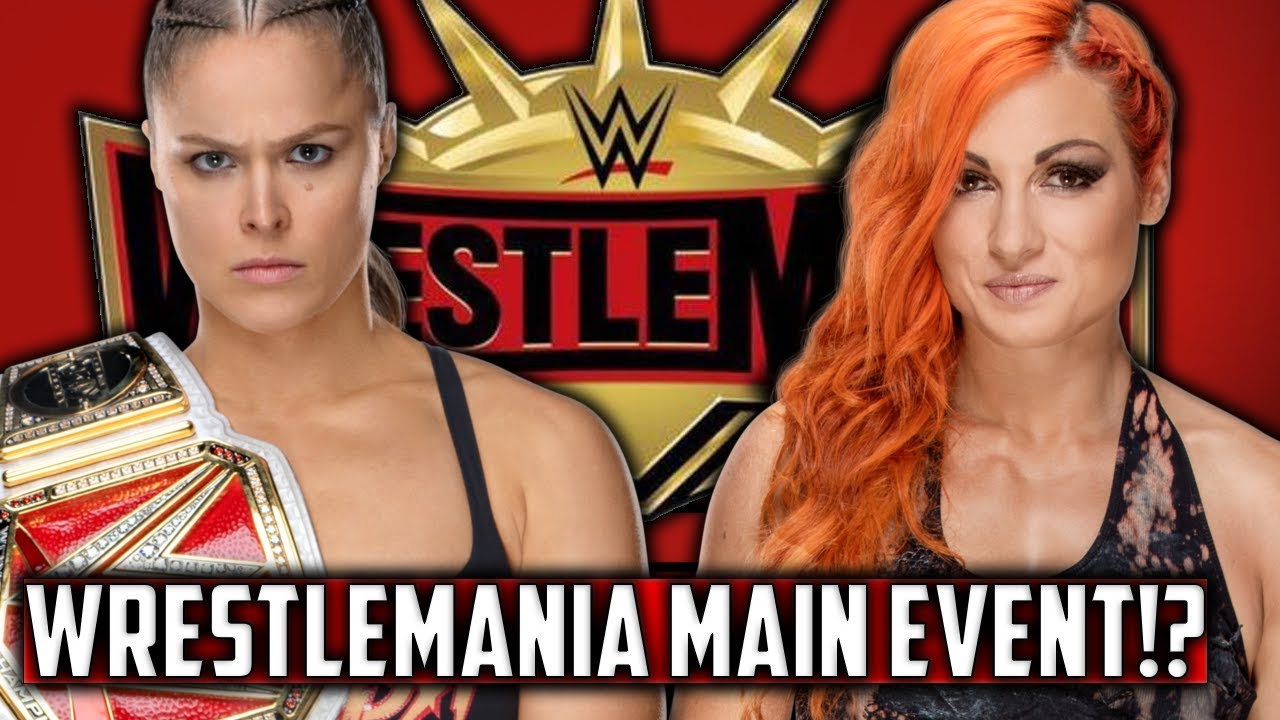 According to Sports Illustrated, sources close to WWE have said the current plan is to have WWE RAW Women’s Champion Ronda Rousey vs. Becky Lynch be the main event of WrestleMania 35. WWE’s biggest show of the year will go down on April 7 at MetLife Stadium in East Rutherford, New Jersey.

The SI news does conflict with a report from two days ago on Wrestling Observer Radio that said the match would eventually become a triple threat with the addition of Charlotte somewhere down the line. Dave Meltzer did note the match could always be changed.

The only other announced match so far for WrestleMania 35 is WWE Universal Champion Brock Lesnar taking on Seth Rollins. Rollins won the Men’s Royal Rumble and chose Lesnar as his upcoming opponent.

Lynch replaced an injured Lana at #28 in the Women’s Royal Rumble match this past Sunday after losing a WWE SmackDown Women’s Championship Match to Asuka earlier in the night. Lynch would last eliminate Charlotte from the Rumble to guarantee herself a Women’s Championship match at WrestleMania 35.

Earlier this week on RAW, Lynch made an appearance and announced her opponent would be Rousey.