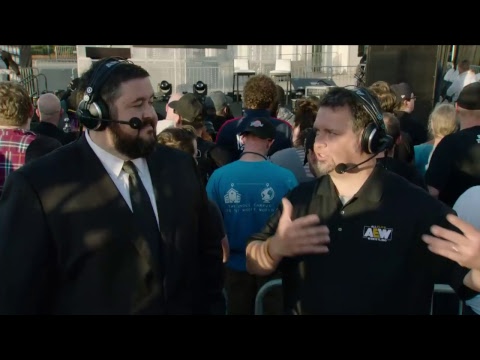 It looks like Alex Marvez will be one of the All Elite Wrestling announcers. The SiriusXM NFL Radio host now lists AEW in his Twitter bio, along with the “#ChangeTheUniverse” hashtag. Dave Meltzer noted on Wrestling Observer Radio that Marvez had been in line for an AEW announcing position and Marvez hosting Tuesday’s Double Or Nothing rally with Conrad Thompson is a good sign that he will get the position.

You can get a closer look at Marvez working the AEW rally in the video below, which was the lead-in to the actual rally. There’s no word yet on who might join Marvez at the AEW announce table but it does not look like Thompson will be calling the action.