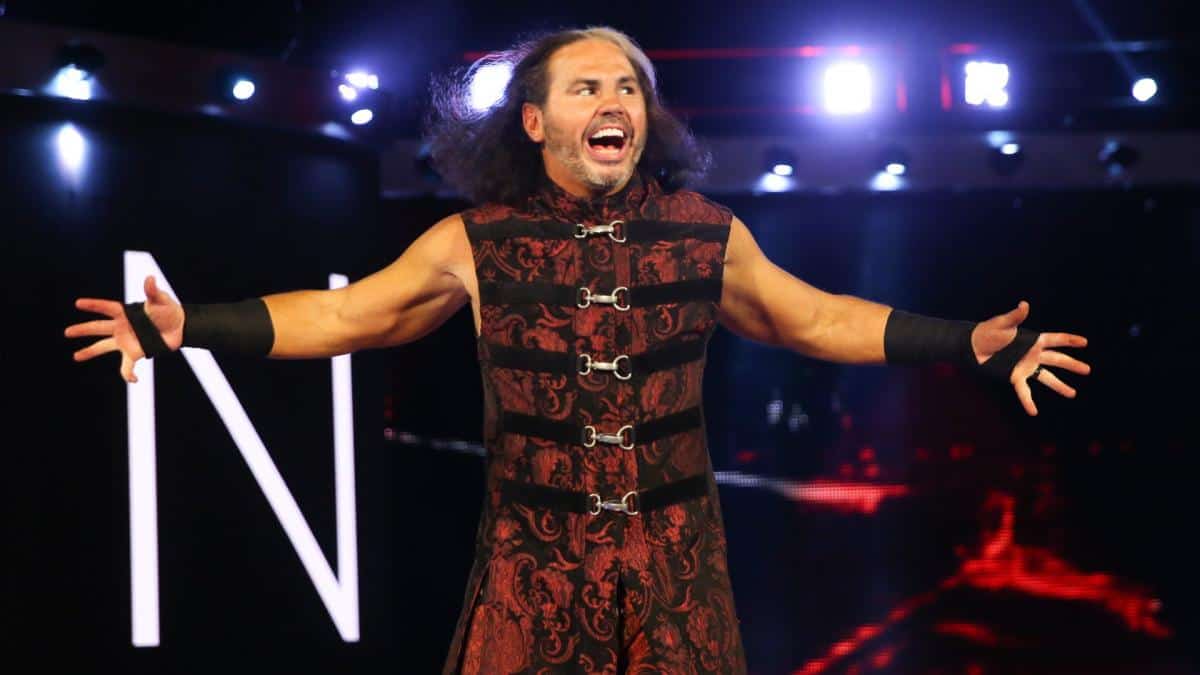 Matt Hardy spoke with Cultura Colectiva while in Mexico for the recent WWE promotional tour he was on. Hardy was there to promote the December 1 WWE live event in Mexico City, which will feature Superstars from both brands after originally announced as a RAW event.

Hardy, who has been out of action for a few months while he deals with some health issues, revealed that he and brother Jeff Hardy will be teaming up again in Mexico.

Hardy said the following before Roman Reigns took time off to battle leukemia, “It’s going to be earth-shattering! It’s the only live event we’re doing all year and all the top stars of both brands will be there: Roman Reigns, Seth Rollins, Ronda Rousey, AJ Styles, me, my brother—everybody! I’m in fact gonna petition to have a Hardy Boys tag-team match even though we’re on different brands. I’m excited for this, man.”

Hardy also gave a preview of the House Hardy Halloween special that airs after WWE Evolution on the WWE Network and revealed that his role will be difference once he does return to WWE TV.

“Yes, on the WWE Network there’s gonna be a regular series featuring Woken/Broken Matt Hardy and my family, which will be entitled House Hardy—the first episode is going to air right around Halloween,” Hardy said. “It’s going to be incredibly entertaining! I’m looking forward to that. On the other hand, when I come back to WWE TV, my role is going to be altered a little bit (it won’t be 100% Broken/Woken Hardy.) So, I get to have the best of both worlds.”

Hardy spoke more about his return to WWE TV and how his character will be a bit different. Hardy said “Woken Matt” will live on with the WWE Network.

“It’s not 100% decided what I’ll end up doing once I return to WWE TV, that hasn’t been finalized yet. But I’m pretty sure we’ll take a tangent from the Woken/Broken Matt Hardy persona,” Hardy said. “That persona will definitely live on at the Network, and it might come back out on TV. I feel like when I return to WWE TV it’s gonna be—have you ever seen The Incredible Hulk when Bruce Banner got angry and turned into this green monster?—well, I feel you’re gonna have Matt Hardy and then there’ll be something that causes Matt Hardy to transform into Woken or Broken Matt Hardy.”