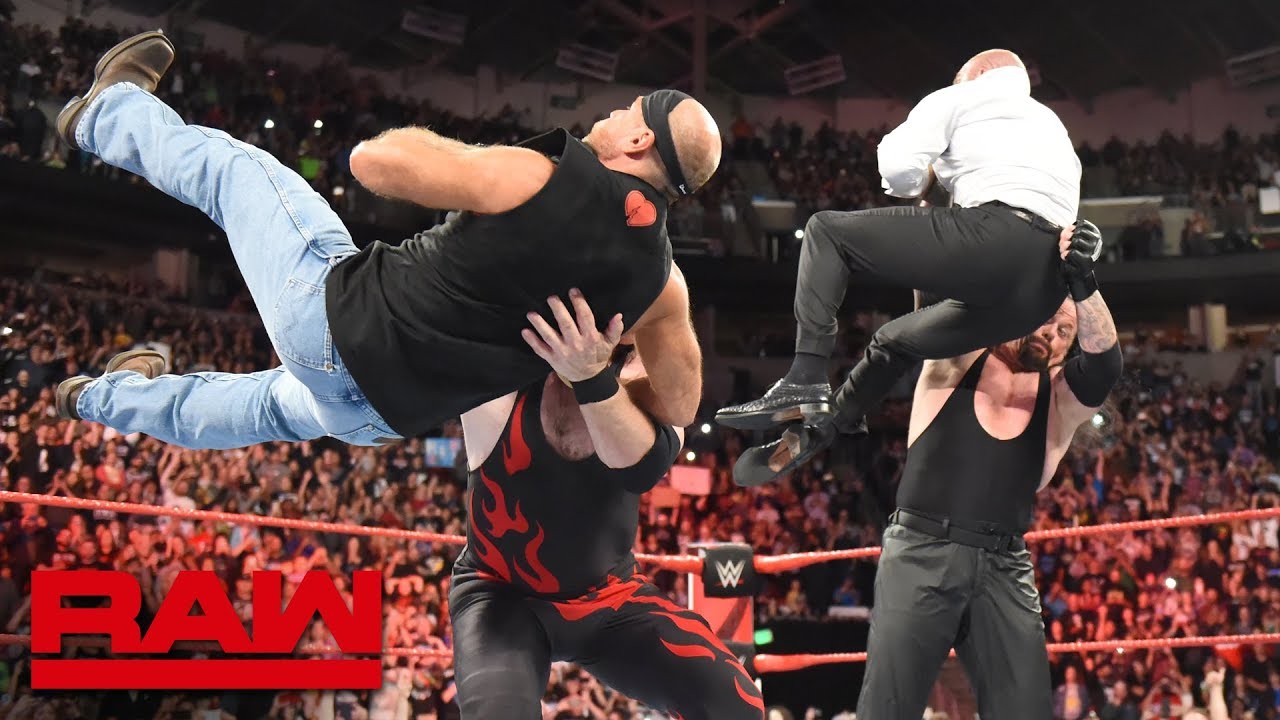 Shawn Michaels was on RAW to talk about the Triple H vs. The Undertaker match this Saturday in Australia at WWE Super Show-Down.

Michaels has the utmost respect for The Undertaker, but any day of the week and twice on Sunday he’d pick his best friend over anybody on God’s green earth. That upset The Undertaker. Undertaker made this personal. Undertaker has Kane in his corner, so Triple H has his brother in his corner. Michaels warns Kane about crowding the ring. If he does, he’ll be brushed back with some Sweet Chin Music.

Kane’s music hits, and the Mayor of Knoxville County appears behind Michaels in the ring. Michaels turns around, and Kane uppercuts him down.