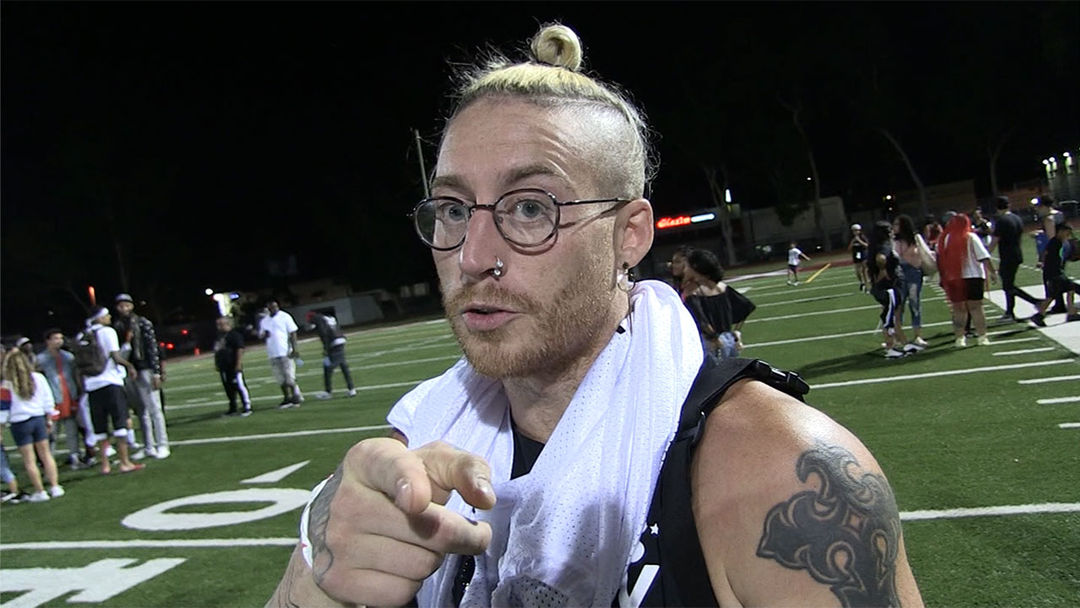 It looks like former WWE Superstar Enzo Amore is depending on his rap career to keep the money coming in as he told TMZ Sports that he’ll never get back in the ring again. Below is new video of the former WWE Cruiserweight Champion.

Enzo says he’s been working with “some big names on a big album” that will be released in the future.

“I’ve been working with some big names on a big album, coming out… I’m not going to give a date,” Enzo said. “But Rosemary’s Baby, my mother’s name is Rosemary and that makes me Rosemary’s baby. So I’m dropping an album, I’m working on a ton of television content right now. Sitting on a lot of interesting things right now. It’s a very interesting time for me. New chapter, a lot of fun, a lot of things to come though. I ain’t complaining.”

When asked about possibly getting into the ring with YouTube stars, Enzo said he’s not planning on getting back into a ring but he did express interest in mixing it up with actor Michael B. Jordan for the Creed franchise.

“Not in a million years,” Enzo said when asked about getting in the ring. “There ain’t nobody who’s got enough money to put my back in the ring.”