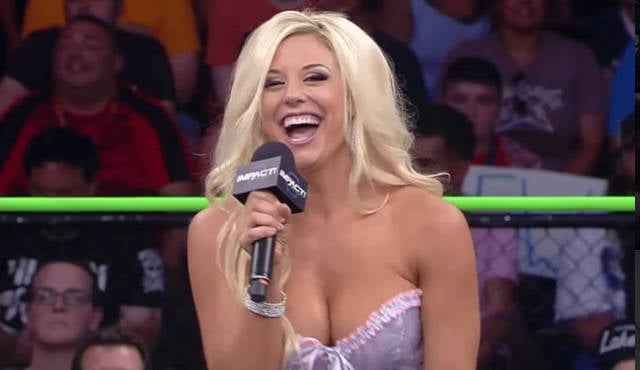 It was reported last week that Taryn Terrell was pulled from the Knockouts title match at Bound for Glory and that she was done with the company. According to The Wrestling Observer Newsletter, the concussion story from TV (which took her out of the match) is a cover. The real story is that Terrell cannot get into Canada, and with the company shifting TV tapings for now into Canada, as well as Bound for Glory, it made it impossible to use her going forward. This is similar to Jim Cornette’s departure from the company. The split was said to be amicable on both sides.