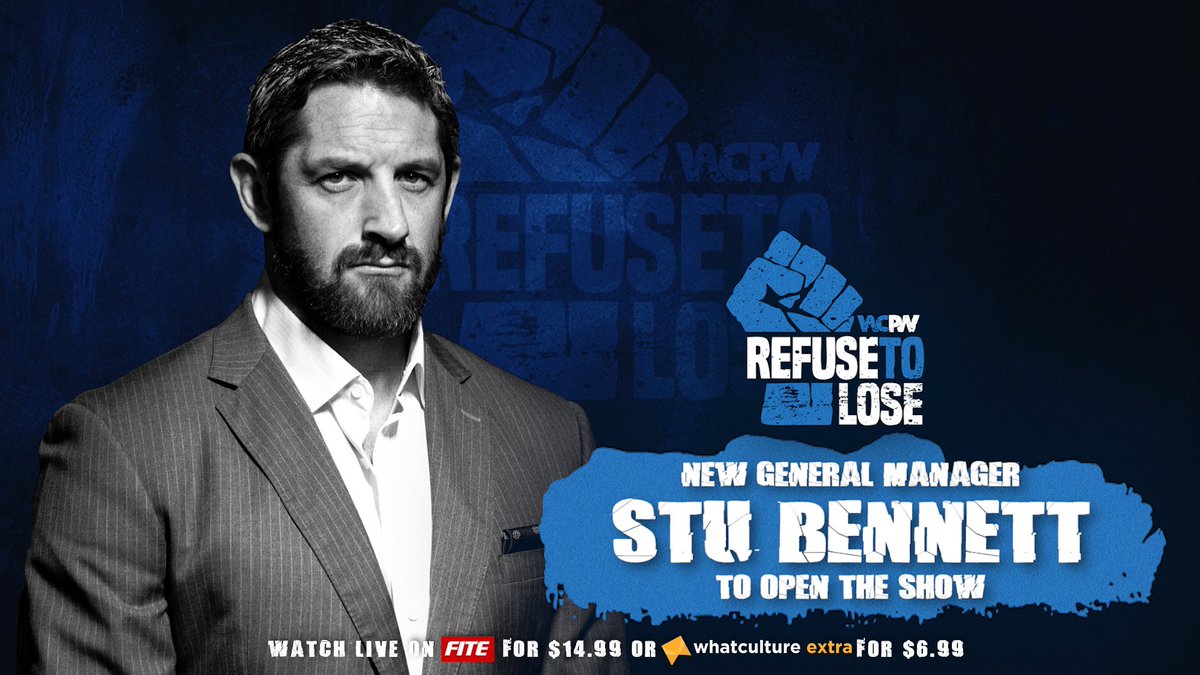 WCPW (which will soon be rebranding as Defiant Wrestling) announced that Stu Bennett (formerly known as Wade Barrett) is their new General Manager going forward and will open their Refuse to Lose iPPV on October 2. Barrett was with WWE from 2007 until his release in May of 2016.

Stu Bennett revealed as the new General Manager and will open the show in Newcastle on Monday night. Live on PPV. #RefuseToLose pic.twitter.com/kriLdmRpvo