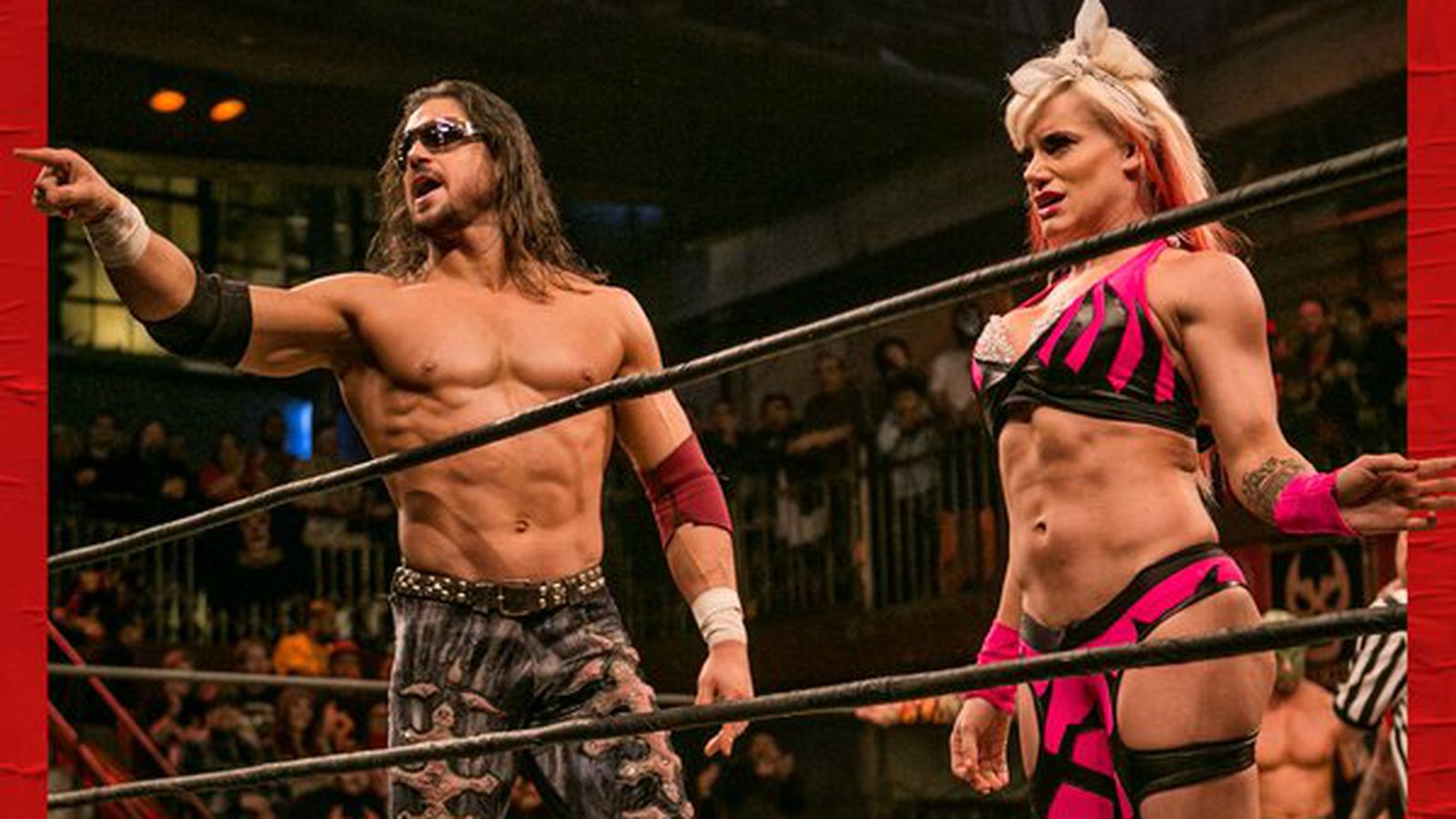 It was reported on Monday Sexy Star won the AAA Reina de Reinas Championship at last night’s AAA television taping in Monterrey. Former champion Taya Valkyrie was stripped of the title, which she won in a no DQ match back in April, because “she used a choke during her No-DQ match with Ayako Hamada.” Vampiro told the crowd that Taya didn’t show up and was being stripped of the title; she was never scheduled to appear. The only reason they got her tile back was because Johnny Mundo brought it with him for a photo shoot, which was AAA’s way of getting the belt back to strip Taya.

After Taya quit AAA over social media, Vampiro (via WrestleInc) posted the following on Twitter…

Probably shouldn’t do this as I don’t give a f–k, but a mark is a mark, regardless of its gender! It’s called building a story and a angle and the day that talent dictates what happens in any company, then the company is in trouble. There are hundreds of people involved in planning stories ,programming events in advance, and , for me to even waste time addressing this to you, is crazy, as, I have a responsibility to do the best I can with what I have in front of me. Running a company in three continents is extremely complicated. Now , as far as taya is concerned, I chose not to say anything as I have been around long enough to see to many young talents close doors because they lose touch with reality. I support her and I think she is incredible. Her opinions are hers and hers alone. As far as you go, they say you do what I have done, or go through what I have gone through, and can do a better job than me , I will respect you. For now, I apologize , but to me , you’re a person who made me take 5 mins out of my day to answer your text, out of respect for your ignorance. Other than that, have a good day!

Mundo, who is engaged to Taya, then posted the following on Twitter…

I'm a mark for pro wrestling, @TheTayaValkyrie is a mark for the hard work a title represents. @vampiro_vampiro, you are a mark for yourself https://t.co/yvqbKVpbm7

The locker room thinks you, @vampiro_vampiro are a 2 faced lying douche bag who believes his own lies- #OfficeStooge -RT if you're with us

Vampiro then took to Facebook (via WrestleInc) and posted the below message, which has now been deleted…

My response to Johnny mundo, taya , and fans in general.
This, is The perfect case of something that can turn into something very bad.

When I took the job of talent relations , producing, and writing….

I knew for a fact that I would have to have thick skin because no matter what you do or how you do it, when you work in the entertainment industry, or any industry for that matter and are in a position of influence, and have responsibilities, no matter what and no matter way, there will always be somebody who will not like you.

I have also learned that if you are a public person there will be more people who hate you then like you, and you will be destroyed in public via social media and every other outlet available , as no matter what, even if you were trying to do the best you can, somebody will be offended.

I get that and it’s all good, I’m OK with it, and I think that’s why I continue to grow as a person because I can understand that sooner or later I will make someone angry.

So I prefer to be honest, and that is I am a human being and they do make mistakes and by no means do I think I’m perfect.
I am only learning to do this job day by day, and I am trying my hardest.

I think that Taya is incredible, and she is a great performer, and has so much more in front of her .

I do think that It was completely irresponsible and how I went about the situation with her and for that I apologize.

As far as Johnny goes, I have nothing but respect for him and I think that he is one of the best pro wrestlers in the world today, and certainly one of the best ever of his generation.

I am just a guy who is trying his hardest to do his job, I do not apologize for who I am, but I do apologize if I have offended anyone and I do make professional mistakes.

In saying that I do not do anything on my own, I always run things by my superiors as that is the way things are supposed to be done, but I do strongly stand by what I am trying to transmit on television .

I am certain that I cannot make everybody happy all the time, and I do realize that I am just a passenger on this journey, and sooner or later I will be out of style and somebody will take my place but in the meantime I’m going to continue to try to do my best, and I am certainly not getting involved in a Twitter fued, work, or no work.

I certainly hope this clears up a few things, they’re a great story lines in great angles coming up, and it’s not my fault if talent is unhappy with me, but I am extending my hand in friendship and asking for forgiveness for whatever I have done wrong, and I would love to have a discussion with anybody who has been offended by me, because I can guarantee you that I did not do it intentionally.

This is the last I will comment on this issue, and I hope it’s sufficient.

Thanks very much and have a great evening.