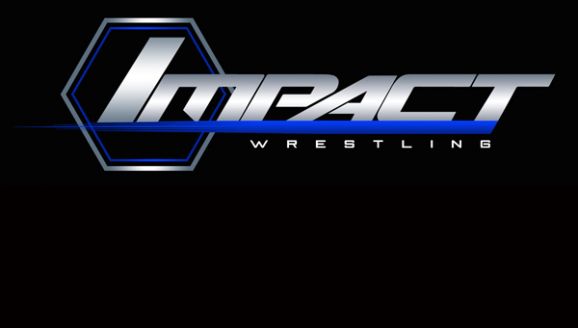 Pop TV President Brad Schwartz was interviewed recently by PWInsider. You can check out some of the highlights below:

TNA not being mentioned at Upfronts:

“Yeah, I appreciate. I’ve seen all the chatter as well and I’ve got to say, as someone who has spent my career in the pop culture space and I have a big music background and music TV background, so I know what the passion of fans is like and it is amazing the passion and I love it. I love the good, I love the bad and I love the ugly. It’s amazing and I think it’s the most passionate group of fans that I’ve ever come across. I absolutely love the passion that is out there, but you’re right, sometimes people make assumptions or they hear something or read something and they pile on. So, to answer your question just point blank – our relationship with Impact is amazing. I love the show every Tuesday night. My relationship with [TNA President] Dixie [Carter] is very special and ultimately, I think the product that is going on the air every Tuesday night is the best wrestling product going. The characters, the ring action, it is amazing to watch. Obviously it’s now part of my job to watch every week as I do with all of our original programming and I’m sucked in. Every single Tuesday I need to watch the show because I am sucked in and we’re excited about it. It’s the second highest rated show on our network. I don’t know of too many people that are successful in television getting rid of the second highest rated show on their network. For us, we’re excited. We have a long term deal with Impact and you know, until there are twenty different shows doing better than it, it’s going to stay where it is for awhile.

“Yeah, that’s a great question and again, I love the passion when people out there see that and just jump to conclusions. So, I’ll just give the explanation from a pure programming standpoint. So, when we started the relationship, obviously Impact was new on POP and we wanted to let as many people as possible have an opportunity to find it as possible and so, you want to premiere it and then you want to repeat it so that, more people can know it’s on and start to make an appointment tuning into it. Television has changed over the last five years, the last three years, the last two years with Video on Demand and delayed viewing and DVRs, it’s like repeats across every network just don’t make as much sense as they used to. With people consuming content on their own terms, the whole idea of repeats just doesn’t make as much sense. From a marketing standpoint, we wanted to attract and we wanted to try to suck in people flipping channels and try to encourage and find as much of that as possible. We did that for three, three and a half months and then we decided, ‘OK, people know it’s Tuesdays at nine o’clock now, everything’s going well, we don’t need that repeat anymore.’ People are DVRing it, people are Video on Demand-ing it, people are watching it live. So, then, again from a marketing perspective, we thought that maybe we move the repeat to the weekend, we’ll be able to find some new viewers. People who are flipping on the weekend and looking for something on Saturday mornings. There was a little bit of nostalgia for me personally because when I was growing up in Canada, I used to watch wrestling on Saturday mornings So, I said, let’s try that. Let’s see if we can find some new viewers who aren’t watching on Tuesday. We did that for four weeks, five weeks and I think it worked a little but ultimately, it wasn’t performing as well as other content that we could have in that timeslot could perform and frankly, we didn’t market it at all. We were literally hoping it would find people. So, the plan all along was to have one big, appointment viewed, two hour show where people can all watch live and social media and people can all chatter and talk all about it as possible and if you can’t make it Tuesdays at nine, then via Video on Demand or via DVR delayed viewing, that’s how you’re going to watch it if you aren’t going to watch Tuesday at nine and that’s it. All of our other original programming, Schitt’s Creek, Rock This Boat, Sing it On, these shows are all do very well in their premieres and then they pick up a lot of viewers in delayed viewing but across all networks, repeats just do not work. They used to, as recently as five years ago.

If POP has a say in Impact programming:

“I have to say, one of the things that has been part of my success in my career in general is, I kind of have a philosophy of ‘hire good people and then let good people go do good things.’ and to that extent, Dixie and her team, they know wrestling and they know the athletes and the stars and they know how to put that together. We have had little to no impact on the creative process of what they are doing. We love what they are doing and I’m glad you said it, because I was going to say the same thing. Depending on the week, there is no better wrestling action on television than what they are putting on. The characters and the in-ring action, it’s amazing. Like you said, some shows are better than others, but that’s true. That’s true of others. That’s true of any sporting event and that’s true of any television program but damn, they are doing a fantastic job. Forget about the business side. I watch every Tuesday night and I get sucked in because A – I know I am going to talk to Dixie that week and B – I’m really loving it. Whether’s it’s Lashley or EC3 or Galloway or the Hardys, they are amazing. We’ve had no impact creatively at all. We are really enjoying the relationship. We are really enjoying the content every week. I wish I could take credit for it, but I’m going to give credit where credit’s due and they’re putting on a great product this year.”

If TNA will be on Pop TV in September:

“Absolutely. Absolutely. We have a multi-year deal and we should probably address that one thing from the Upfronts announcement. What Upfronts are…Upfronts are not necessarily something for the public. It’s an ad-sales driven event. It’s where all the networks sell 70-90% of their ad inventory for the year, so the announcements you make at your Upfronts are really to support what your ad sales team is going out and selling and when it comes to Impact, because it’s such a unique audience with a unique, live component or an alive component to it, there are sponsorship abilities to that that aren’t just in ring sponsorships, show sponsorships and of course, advertising, it’s kind of a 360 degree sell. We have, us and Impact, have a third-party company that is selling those integrations and those sponsorships and so it wasn’t something that the POP ad sales team was out there in the marketplace doing. As far as the rest of our network, we kind of sell a women’s 25-54 demo, we sell an adult 18-49 demo. We really needed a different company with a different client list and a different set of skills to sell 360 degree sponsorships and integrations as the real way to kind of drive some revenue, additional and incremental revenue. That’s the only reason [Impact Wrestling] wasn’t in our Upfronts release, because our team isn’t selling it. From a programming standpoint, yes, it will be on the air. We aren’t going to get rid of the second highest rated show on the Network.”