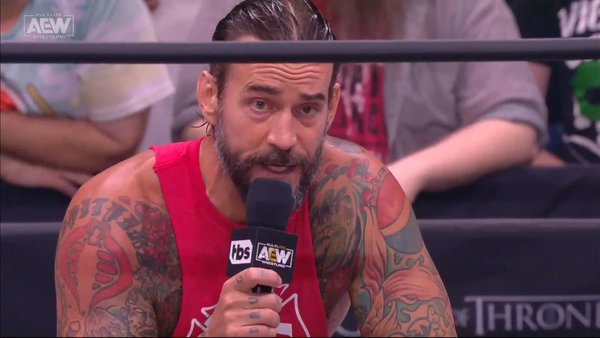 It’s fair to say that the rumored backstage issues behind the scenes in AEW escalated significantly following the AEW All Out pay-per-view on Sunday night. In the post-show media scrum, newly-crowned AEW World Champion CM Punk went on a verbal tirade against his former friend Colt Cabana before targeting AEW’s “irresponsible” EVPs Kenny Omega and The Young Bucks (Matt and Nick Jackson), while also furthering his spat with “Hangman” Adam Page. In light of reports of an ensuing backstage brawl between Punk, his friend Ace Steel, and the new AEW World Trios Champions Omega and The Bucks following Punk’s comments, reactions from behind the scenes at WWE have come to light.

According to Fightful Select, “numerous talent” reached out to them expressing their views on the situation, with one top talent noting that “the CM Punk that they knew years ago is being highlighted.” Additionally, two WWE talents reportedly confirmed to Fightful that the incident was not a work, and expressed their surprise that the situation happened. The pair called into question AEW chief Tony Khan, asking why he didn’t follow up with a comment after Punk criticized AEW’s EVPs.

Meanwhile, one WWE talent said it feels as though Punk “is trying to run things, and it looks as though he’s doing it,” with another longtime WWE performer said they felt Punk was “unprofessional,” calling him “selfish and arrogant.” This sentiment was also reportedly shared by colleagues who worked with Punk on the set of the short-lived Fox program “WWE Backstage.”

The Fightful report had more to say, including the fact that a WWE official added — again seemingly calling Khan into question — that with Punk and The Elite feud, “the power had to be asserted in order to let everyone know that wasn’t tolerable.” The same official noted that such situations were very rare in WWE, because talent knew that while Vince McMahon at the helm, they would not be welcomed back, similar to how former WWE Champion Alberto Del Rio was fired in 2014 following an altercation with an employee. A lack of discipline for the incident would also likely be poorly received given AEW’s recent suspension of Eddie Kingston for getting physical backstage with Sammy Guevara.

Finally, a top WWE name told Fightful that, in regard to the parties involved in the dispute, “if they don’t put their issues aside and make money from it,” then “none of them have business talking about drawing houses or losing fans or interest. They have a good show but this is still the biggest piece of business they’ve done and they have to capitalize.” AEW already has long history of using dirtsheet rumors and backstage incidents to further on-screen storylines.