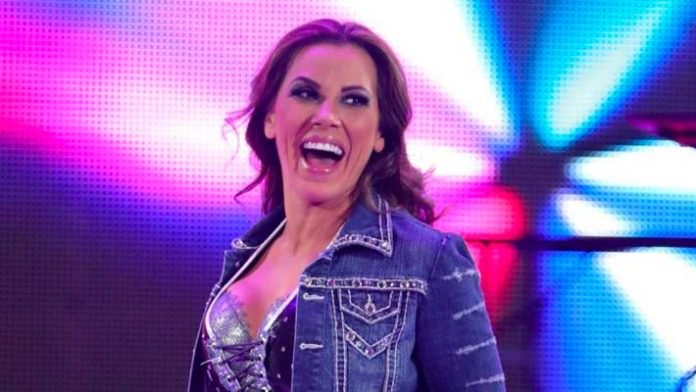 Earlier this month, former WWE Women’s Champion Mickie James dropped a bombshell by expressing on Twitter that she was “done in wrestling.” After seemingly bringing the curtain down on her near 23-year career — with her last match taking place in July at the ABC 12eme Festival International in France — James has now opened up about what might be next.

“I think I’ll always do stuff with wrestling in some capacity,” James said to MyTV26 at StocktonCon 2022. “I enjoy doing things like this [conventions] as a way to reconnect with the fans and, um, I don’t really know what’s next, that’s the beauty of it.”

While continuing to appear at wrestling conventions around the world — with her next major convention appearance taking place during WWE’s Clash at the Castle weekend in Cardiff, Wales, for WrestleFest UK — James is a regular weekly guest on Sirius XM’s “Busted Open Radio” show, discussing the world of pro wrestling with fans who call in and with personalities within the business. James is also currently a co-host on “GAW TV,” alongside Lisa Marie Varon (fka Victoria) and So Cal Val.

James’ last televised match took place on July 14 during an episode of “Impact Wrestling,” where the former Knockouts Champion was defeated by Chelsea Green. James reigned as Knockouts Champion earlier this year before losing the title to Tasha Steelz in March. Prior to losing to Steelz, James surprisingly entered the 2022 WWE Women’s Royal Rumble match while carrying the Knockouts Championship. In addition to those aforementioned promotions, the 42-year-old has also stepped inside the squared circle for the National Wrestling Alliance and Game Changer Wrestling this year.