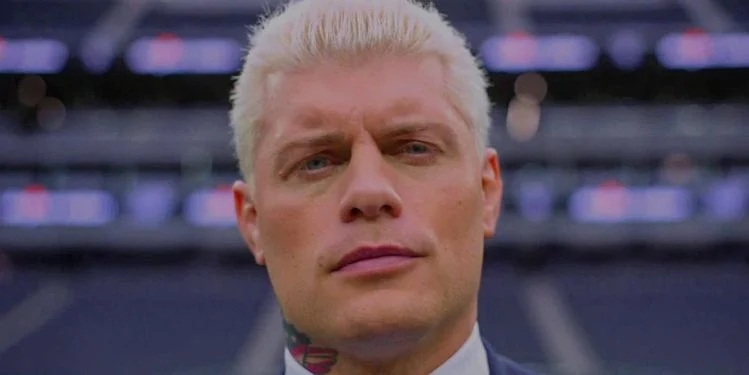 No one knows whether this year’s Money in the Bank winners will get title shots or WrestleMania main event spots.

Even though Hell in a Cell is next up on WWE’s Premium Live Event calendar, most people already have an eye on what’s next. That’s because Money in the Bank on July 2 will spark a run of three stradium shows in two months. SummerSlam on July 30, and then Clash at the Castle on September 3, the first stadium show in the UK for 30 years.

WWE began hype for Money in the Bank at WrestleMania Backlash, airing an ad featuring Cody Rhodes in Allegiant Stadium from which the show will air live. Harmless enough, except one line in the ad has had people talking ever since. Rhodes states the winners of this year’s Money in the Bank ladder matches will book spots in WrestleMania main events.

That’s very different from the title shots holding a contract usually guarantees. Some believed it to simply be a slip up that somehow managed to fall through a number of cracks. However, that same ad aired unedited on Raw the following night, and then again during NXT on Tuesday. There has still been no clarification as to whether Money in the Bank winners now earn something different, and apparently those within WWE are just as confused.

According to a recent edition of Wrestling Observer Radio, no one backstage knows what exactly is going on regarding this year’s Money in the Bank. That includes people who would usually in the know when it comes to that sort of thing. There was also no confirmation offered up by WWE, so for now, what exactly this year’s Money in the Bank winners will get remains a mystery.

It could be argued that Money in the Bank was in need of a shake up after a few of its most recent winners, and their subsequent cash-ins, haven’t felt quite as impactful. Having them hold the briefcase until WrestleMania with no threat of them cashing in before then though, that doesn’t feel like the solution. If WWE does follow through with this idea, it does also raise the question of what will next year’s Royal Rumble winners get if those main event slots have already been taken?

The ad with Rhodes led to a lot of speculation, with many people assuming this was a mistake. The Wrestling Observer Newsletter reports that many people within WWE were also under the belief that this year’s MITB stipulations would be the same as they have been in previous years.

It was said by some within WWE that the wording on the ad was a mistake that wasn’t caught when it aired at WrestleMania Backlash, but then WWE aired the same commercial on Monday and Tuesday.

One WWE source says McMahon has plans already in place for the top matches at WrestleMania 39, and that these plans do not include Money In the Bank winners in the top title matches. It’s still interesting that the commercial aired three times without an edit.