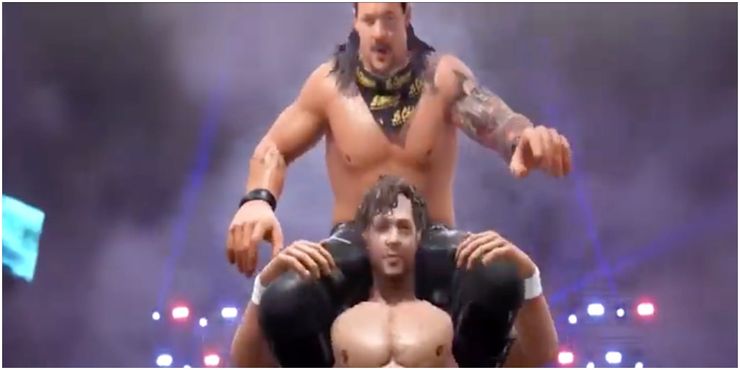 The AEW console video game may be released much earlier than originally expected.

AEW first announced their video game back in, but no timeframe was provided. Now Fightful Select reports that there has been internal talk of the game being released in September, but that is tentative and not official.

It was noted that there is plenty of work to be done on the game, but the plan for some time has been to release this year, and that September is widely regarded as the target timeframe as of this week.

An AEW source stressed that this is a tentative release date, and there’s a publisher involved. It was also said that fans can expect the game fairly soon if all goes well, but a lot of things can change between now and September.

It was revealed back in mid-March that there will be a story mode for the game, and that some of the AEW wrestlers were giving input into the storylines. It was also noted that several members of the Yuke’s team that helped create popular RAW vs. SmackDown video games are also a part of this story mode process.

Kenny Omega is said to be determined for the AEW video game to be a success, and word is that he understands how integral a great showing could be.

The official AEW video game is scheduled to be released on PlayStation 5, PlayStation 4, Xbox Series X/S, and Xbox One.