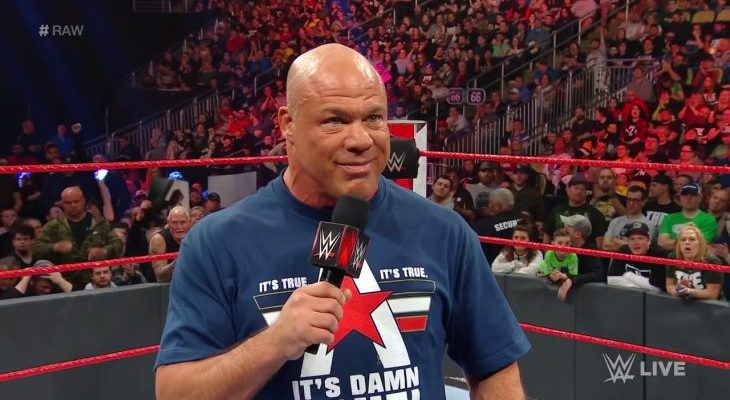 On his podcast, Hall of Famer Kurt Angle revealed that WWE canceled plans for his return to the company.

WWE Hall of Famer Kurt Angle revealed on his podcast that there were indeed plans for him to return to television.

Speaking on a recent episode of The Kurt Angle Show (h/t WrestlingNews.co), the Olympic gold medalist explained that he went to the Royal Rumble as the company wanted him “to do a short program that they ended up canceling it at the last second.” Angle added they “had a great time”, as they got to visit Kim Orton, who’s close friends with his wife, Giovanna.

Angle added that he did some interviews for documentaries and took photos with fans. The former WWE Champion stated that his canceled program was scheduled to last three weeks, emphasizing that he isn’t signed to WWE right now.

The men’s Royal Rumble match greatly lacked in surprise entries. Shane McMahon was an unannounced “surprise” return, though many reports stated ahead of time that he would be back. Drew McIntyre had been out of action for almost a month with a neck injury before showing up unexpectedly as the No. 21 entry.