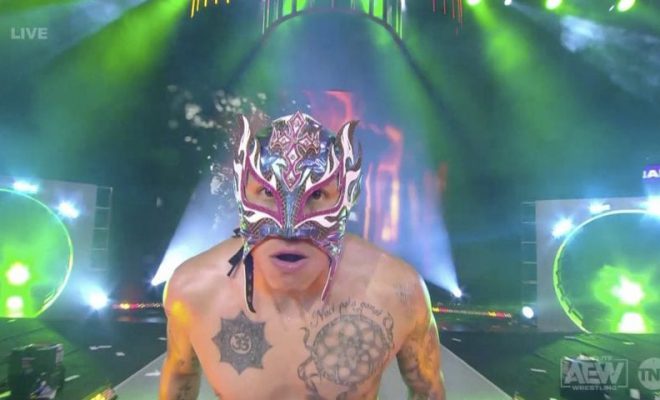 Rey Fenix was rushed to the hospital after suffering an injury during tonight’s AEW Dynamite, according to PWInsider.

The report noted that internal belief within AEW is that Fenix “likely dislocated his elbow.” It was further noted that a dislocated elbow “would be a blessing” given how bad Fenix’s injury looked in real time.

Fenix suffered the injury when he went through a table courtesy of a Luchasaurus chokeslam. As seen in the video below, Fenix grabbed his left arm and called for help immediately after the spot.

One thought on “Rey Fenix Injured On AEW Dynamite”