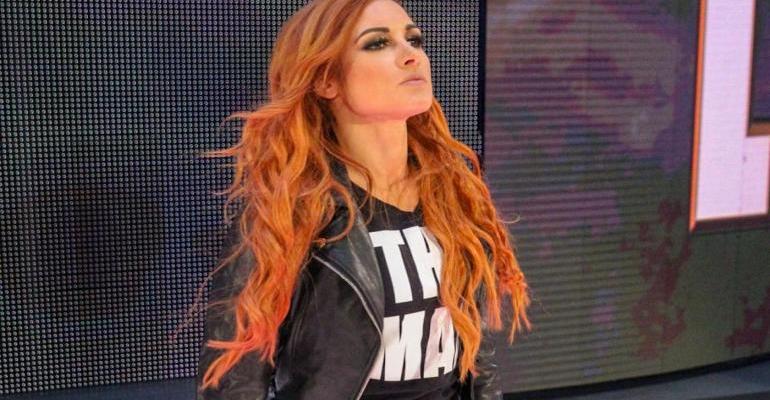 Becky Lynch is reportedly scheduled to be at the WWE Money In the Bank pay-per-view.

There is no word on if Lynch will make her return at the pay-per-view, but PWInsider reports that as of this morning she is scheduled to be in attendance at Money In the Bank.

Lynch was working out in the ring with Indi Hartwell at the WWE Performance Center a few weeks back, as part of the process of getting cleared for her return to action.

Lynch gave birth to her first daughter, with Seth Rollins, back in December. She has been out of action since WrestleMania 36, where she retained the RAW Women’s Title over Shayna Baszler. She then relinquished that title to Asuka a few weeks later, announcing her pregnancy.

It’s believed that WWE is saving some of their bigger returns for when they return to the road later this week, beginning with Friday’s SmackDown on FOX from Houston. Money In the Bank will take place from the Dickies Arena in Fort Worth.