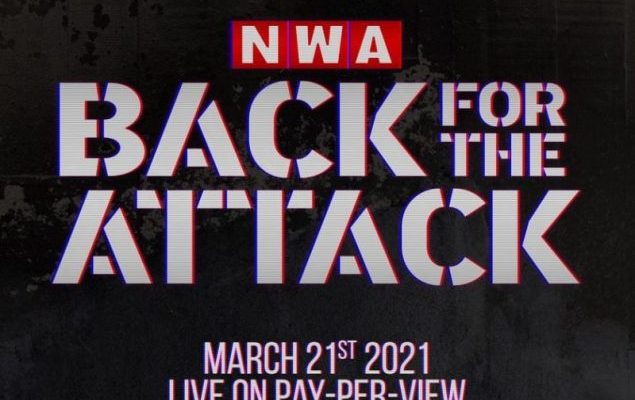 NWA President Billy Corgan announced the main event of NWA Back For The Attack on March 21 (4 pm ET) will be NWA Worlds Heavyweight Champion Nick Aldis vs. Aron Stevens.

Corgan also said the PPV is in remembrance of Joseph Hudson (aka Jocephus and Question Mark), who passed away last month. Corgan believed Hudson’s tag partner, and friend, Stevens should receive the title shot in his honor.

Below is the updated PPV card:

* Jax Dane vs. Slice Boogie vs. Jordan Clearwater vs. Crimson