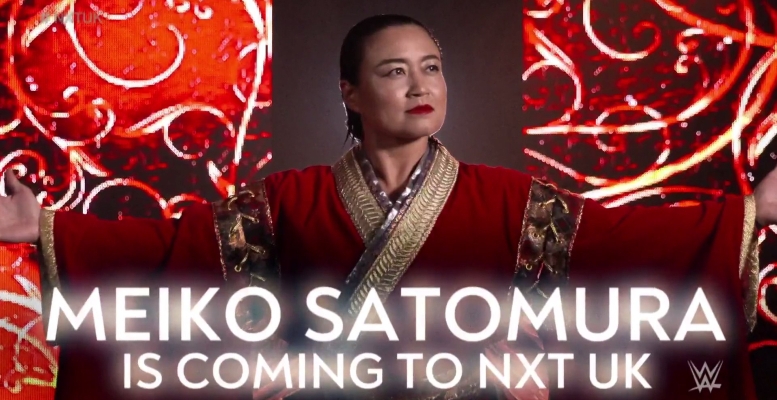 Joshi veteran Meiko Satomura is officially a WWE employee and will report to the company’s satellite brand in the United Kingdom.

Satomura’s signing was first reported by Yahoo Sports, who claimed the 41-year-old would be joining the company as a “player-coach.”

Her imminent arrival was later confirmed on this week’s edition of NXT UK via a video package.

Satamora began her career at just 14 years old and has competed for Gaea Japan, Sendai Girls’ Pro Wrestling (which she founded), Chikara and even WCW.

According to Tokyo Sports, Satomura is considered Japan’s final boss — essentially the wrestler all younger opponents hope to defeat. She’s known for her nasty kicks and Death Valley Bomb finish.

As you might recall, Satomura competed in the 2018 Mae Young Classic.