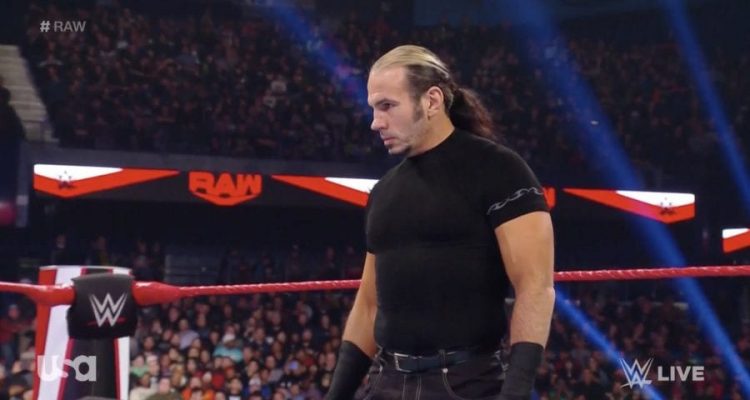 WWE did an injury angle on this week’s RAW that saw Randy Orton take out Matt Hardy after Matt confronted Orton over the recent attack on WWE Hall of Famer Edge. They had words and Matt blocked the first RKO attempt, but Orton ended up connecting and dropping him. Orton then smashed Matt’s head between two steel chairs, just like he did with Edge a few weeks ago. It was speculated that WWE did this angle to write Matt off TV as his contract reportedly expires on Sunday, March 1.

Matt tweeted a goodbye message to his fans after RAW and linked them to the latest “Free The Delete” episode on YouTube, which includes a possible teaser on him being “The Exalted One” for The Dark Order in AEW.

There has been no word on a possible last minute deal between WWE and Matt, but it’s been reported that creative differences are a “major hurdle” in the contract negotiations, not pay.

Below is video from the abgle on RAW and video of Hardy receiving medical attention and making his exit during the commercial.