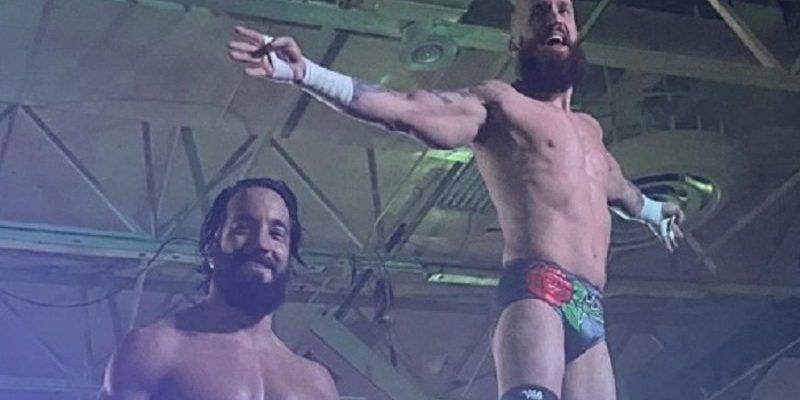 Former NXT Cruiserweight Champion Tony Nese and 205 Live star Mike Kanellis worked as a tag-team during this weekend’s NXT live events as a test for a potential run on NXT television.

The two won Friday night’s NXT Melbourne live event match against Mohamed and Nick Ogarelli, which was Kanellis’ first bout since he asked for his release last October. They worked as a team again at the NXT Largo house show the following night, losing to the team of Isaiah “Swerve” Scott and Kushida.

Check out several photos from the NXT Largo show on Saturday night that includes their ring entrance and posing in the ring before the match, as well as video footage from their match against “Swerve” Scott and Kushida of what could be Nese and Kanellis’ double-team finishing move below.

Check out a cool #PHOTO & #VIDEO of what appears to be their double-team finishing move from #NXTLargo match against Isaiah "Swerve" Scott & KUSHIDA!

NXT Largo Live: Mike Kanellis and Tony Nese were a tag team tonight and nearly pulled off a win after this double team maneuver. from SquaredCircle