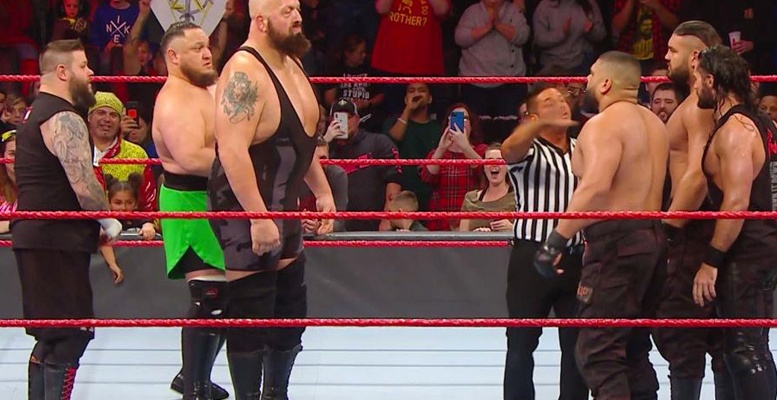 Big Show made a surprise return to in-ring action last night on WWE RAW to help Samoa Joe and Kevin Owens take on Seth Rollins and the Authors of Pain.

Last night’s edition of RAW featured featured Samoa Joe teasing a mystery partner against the aforementioned team. He then showed the partner to Kevin Owens behind a secret door later in the evening and KO was pleased with the choice.

When the reveal occurred before the main event, Big Show got a big pop from the crowd.

The match ended in disqualification when Big Show had AOP by the throat for a double chokeslam and Seth hit him from behind with a chair. The WWE legend got his revenge moments later, however, after hitting Rollins with a KO punch.

During his time away from the ring, the 47-year-old filmed a Netflix series. The larger-than-life athlete previously said the show would drop on the platform around WrestleMania 36, therefore he’d like to wrestle at the event to promote the series.

As last night’s show was coming to a close, Vic Joseph announced next week’s show will feature a fist fight between Big Show, Samoa Joe and Kevin Owens against Seth Rollins and AOP.