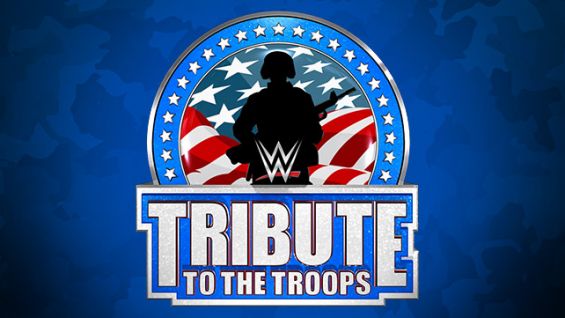 WWE Hall of Famer Kurt Angle is with Lacey Evans, Kalisto and other WWE Superstars at Camp LeJune in Jacksonville, Florida today to film material for the 2019 WWE Tribute to the Troops. Matches for the special will likely be taped today as well.

Angle wrote on Instagram, “Today, we are at Camp Lejeune in Jacksonville, North Carolina… visiting the high intensity tactical training facility for the Marines. Thanks to ALL who serve in our military. #TributeToTheTroops”

The 17th annual WWE Tribute to the Troops will be the first time the event is held at US Marine Corps bases. WWE issued the following announcement this week, including comments from WWE Chairman Vince McMahon:

STAMFORD, Conn. and Jacksonville, NC., – The 17th annual WWE Tribute to the Troops celebration will be held this Friday, December 6 at Marine Corps Air Station New River and Marine Corps Base Camp Lejeune, marking the first time the event has been held at U.S. Marine Corps bases.WWE began Tribute to the Troops in 2003 to honor our servicemen and women and their families. While at the Marine bases, WWE Superstars will spend time giving back to military personnel and their families. In addition to live, in-ring WWE matches, activities include a Be a STAR bullying prevention rally, autograph signings, meet and greets, hangar tours and other various outreach initiatives across the bases. WWE Superstars will also distribute free Christmas trees to troops and their families in the spirit of the holiday season.

“We are honored to bring WWE’s 17th annual Tribute to the Troops to Marine Corps bases for the first time,” said Vince McMahon, WWE Chairman & CEO. “Our troops are the backbone of this country, and we look forward to presenting them with memories that will last a lifetime.”

There’s still no word yet on when the 2019 TTTT will air.