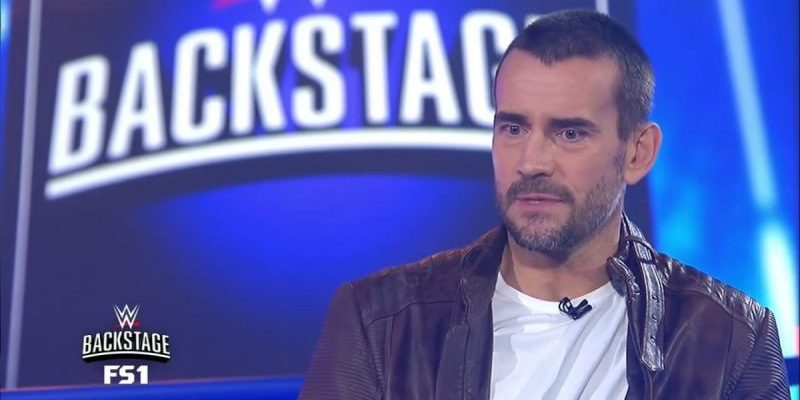 Phil Brooks who is known better to wrestling fans under the name of CM Punk was interviewed on the Fox Sports FS1 program WWE Backstage on Tuesday. the studio program which is part of the partnership between World Wrestling Entertainment and Fox Sports announced CM Punk as an analyst for their program last week which covers the happenings in WWE. In 2013 Punk abruptly left WWE after not being happy with the direction of the company and his on-screen character and medical issues. During the interview with WWE Backstage host, Renee Young CM Punk confirmed to viewers that he is not signed directly with WWE but instead signed with Fox Sports as an analyst for the program. Punk also went on to say that this allows him the freedom to openly criticize WWE something he has not been afraid to do in the past.

During his time on WWE programming, CM Punk became one of the most popular characters often referred to as “the voice of the voiceless” often voicing displeasure with WWE and it’s programming and being an anti-hero to fans. it has long been speculated whether CM Punk would ever return to wrestling or WWE but Punk says the opportunity that came up for him to appear on WWE Backstage wasn’t even around 6 months ago.

WWE’s next big event Survivor Series will take place in Chicago Illinois later this month which is the home of CM Punk that fact has left many WWE fans speculating whether or not he will, in fact, appear at the annual event? in regards to a return in the ring CM Punk says that he has learned to never say never.

Watch the full interview below: