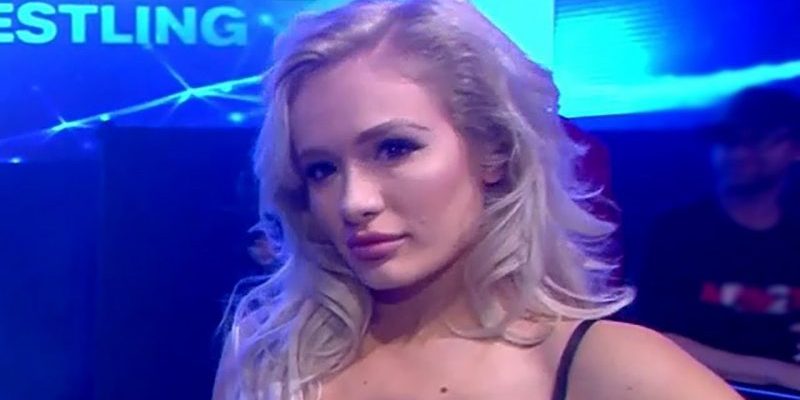 Scarlett Bordeaux and Shotzi Blackheart will be starting with WWE soon.

Bordeaux has cancelled her upcoming bookings, including the Fight Forever: Tribute to Bret “The Hitman” Hart event on November 23rd. NWA star Kamille Brickhouse will be replacing Bordeaux. Bordeaux will still be appearing at the Baltimore Comic Con this weekend, along with her boyfriend, Killer Kross. The Baltimore Comic Con will be Bordeaux’s final independent meet and greet before she starts with WWE.

Bordeaux spoke to Wrestling Inc. on their WINCLY podcast earlier this year. WWE has been moving in a more risqué direction this year, which Bordeaux was happy with.

“I think, for a while, there was a lot of limits on everything with women…” Bordeaux told Wrestling Inc. in January. “For a while they were pulling back the sexiness and placing a limit on what you could do. They are kinda loosening that and saying its okay to have a little bit [of sexiness] which is great.

“I’ve seen a few things the last few weeks which actually makes me really happy. They’re loosening up a little bit on the way they are stopping women being sexy.”

Blackheart, who was publicly offered an NXT developmental contract by William Regal at EVOLVE 137 this past weekend, will honor her independent dates through November 3rd. She was scheduled for others after that, however Wrestling Inc. has learned that Blackheart has cancelled those, telling promoters that she has “been informed that (she) must cancel all independent bookings past November 4th.”