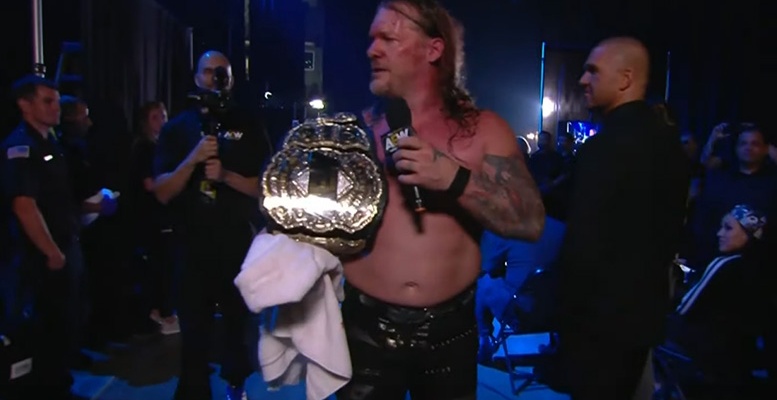 The people who were backstage at AEW’s All Out got treated to a roast after Chris Jericho won the World Championship … only they were the ones being roasted.

During the All Out post-show on YouTube, Jericho was shown complaining about the lack of a celebration for his win over Adam Page.

Y2J then asked The Young Bucks for a “thank you” before making the walk to his locker room. En route, Jericho encountered all sorts of people in the backstage area and made his feelings known about their quiet demeanors.

In case you missed it, Jericho defeated Page using his finisher the Judas Effect.

Watch the hilarious video below.