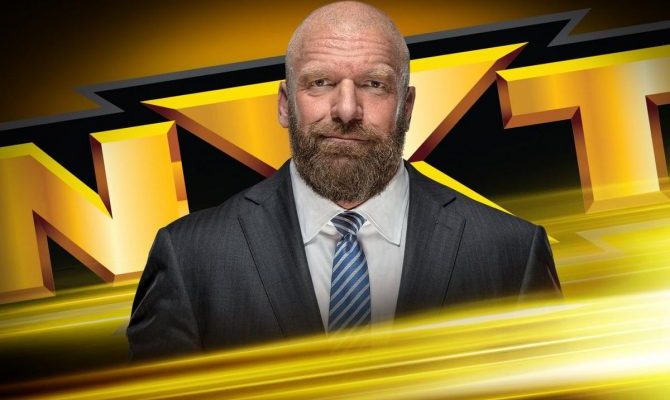 Below is new video of Triple H talking about WWE NXT moving to the USA Network.

As noted, the brand will premiere on USA on Wednesday, September 18 and will air live each week from 8-10pm ET, at Full Sail Live. WWE is reportedly making around $1 million per episode for NXT on the USA Network. The show will still air on the WWE Network, on Thursdays at 8pm ET, and Takeover specials will remain exclusive to the WWE Network.

Triple H was asked to describe the last 7 years and what it took to get to this point. He talked about how NXT went from needing main roster Superstars to create a show each week, to the brand becoming white hot on its own, selling out arenas and tours across the world. Triple H ended the interview by saying this is just the start for NXT, and the show will only get better with the move to the USA Network.

“Yeah, I mean it’s been a crazy journey, something that I don’t think most people thought would ever happen,” he said. “But this was kind of the vision of it. You know, from starting out with a partnership with Full Sail University and having to bring in main roster stars to get us to be able to have enough people to put the show on each week, to where they got to the point where they didn’t want to see those main roster stars anymore, to where we stopped calling it the main roster because NXT was just becoming white hot when we didn’t even have a distribution home for it. It was seen internationally but here in the US it was just clips.

“We were the first live show on the WWE Network. NXT Arrival was the very first sort of Takeover that we did. … So, the very first live product seen on the WWE Network. A year after that we were selling out, not just Full Sail University, but selling out the Barclays Center for Takeovers. Over that journey, selling out all over the globe, selling out live events all over the globe, Takeover after Takeover after Takeover, and now the opportunity to go on the #1 network in television, the USA Network, our partners, and I couldn’t be happier, I couldn’t be more proud.”

He continued, “I said it in the beginning, this was going to be their brand [the fans], that’s why we hashtag ‘#WeAreNXT’. As good as NXT is now, it’s only going to get better. This is going to expose a new side of NXT that people haven’t been able to see yet. I can tell you this about it – as excited as everybody is about this moment, this is the start. This isn’t the destination, this is the start. This brand is just getting started. So, I look forward to that day, I look forward to going live, and I look forward to showing the world that we are NXT.”