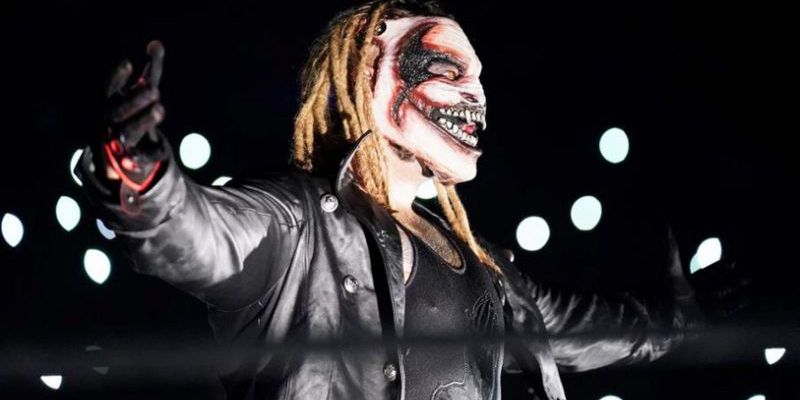 WWE re-posted Bray Wyatt’s SummerSlam entrance as The Fiend and edited out a part where he used a Wyatt head as the lantern holder. The original video featured an up-close shot of the head.

Wyatt debuted “The Fiend” at SummerSlam on Sunday night and defeated Finn Balor. This was one of the most-talked about happenings coming out of the pay-per-view, and received a “that was awesome!” chant from fans in the Scotiabank Arena in Toronto. Social media indicates mostly positive feedback to the entire presentation, from entrance to post-match exit.

WWE previously released Wyatt’s TitanTron entrance video on YouTube but deleted it after it was online for about an hour on Monday. They have not re-posted the video as of this writing.

“The Fiend” is also drawing big for WWE’s YouTube channel. As of this writing, the re-posted video of Wyatt’s SummerSlam entrance has 2.356 million viewers while a clip from the Wyatt vs. Balor match has 915,332 views.

Hardcore punk band Code Orange scored the new theme song for Wyatt. This “Let Me In” song was their remix/cover of Mark Crozer’s “Live In Fear” single. The band wrote on Twitter, “LET. HIM. IN. @WWEBrayWyatt proud to set the tone for THE FIEND from here on out. #HURT #HEAL”

Wyatt then gave the band props on Twitter, writing, “Big props to @codeorangetoth For successfully creating a soundtrack to the technicolor pit that is my mind. Damn it feels good to be a Gangsta #YowieWowie”

Code Orange previously played Aleister Black’s “Root of All Evil” entrance at the WWE NXT“Takeover: Brooklyn III” event in 2017, before Black’s win over Hideo Itami. Their “Bleeding In the Blur” single was used as the Takeover theme song that night, and the event opened with a live performance by the band.

LET. HIM. IN. @WWEBrayWyatt
proud to set the tone for THE FIEND from here on out. #HURT #HEAL