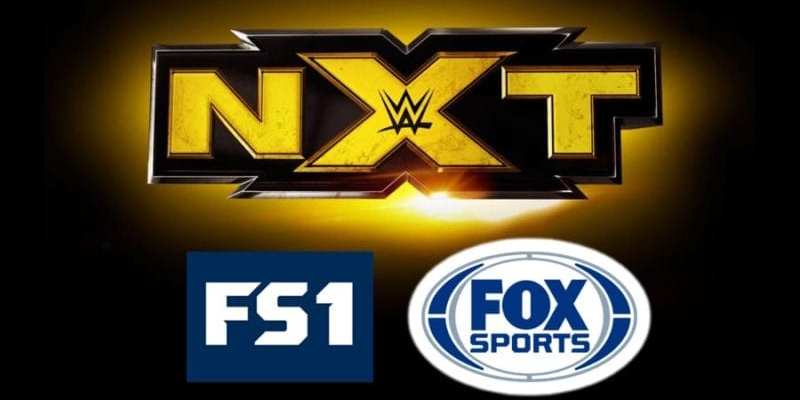 The current plan for the future of WWE NXT is to have the brand air on FS1, each Wednesday night from 8pm until 10pm ET, according to the Wrestling Observer Newsletter.

This would put NXT vs. AEW on Wednesday nights as AEW’s weekly TNT TV show premieres on Wednesday, October 2 from 8pm until 10pm ET.

There’s no word yet on when WWE will announce the big move, when the show will premiere on FS1, or if it will remain on the WWE Network on Wednesdays. There’s also no word yet on if the show will air from Full Sail Live, or if they will start traveling for TV each week.

The new report noted that WWE has had plans to bring NXT to FS1 for some time, but they weren’t going to finalize the timeslot until AEW and TNT officially announced their timeslot. The move is obviously not official until WWE makes the announcement, but it’s far enough along that Fox has already informed some affiliates. The deal was apparently agreed on in late June or early July.

The working idea is that NXT will air each week as a live two-hour show. The internal feeling is that a taped show will not work up against AEW, which will air live each week also. WWE officials feel like they have a strong edge over AEW, that being the endless supply of main roster Superstars that they can put on the NXT show whenever they want to. WWE also has another strong advantage and that’s being able to promote the show on RAW and SmackDown, as well as other Fox programming.

During a media call today to promote Saturday’s NXT Takeover event, Triple H discussed NXTpossibly airing on FS1 on Wednesday nights and if it is a move to counter-program AEW.

“Contrary to what I’ve heard, because you hear people speculate and I’ve seen the conversations around FS1 or whatever it is with NXT and all that stuff, and then immediately, people come in with counter-programming talk. We have content all over the place, and if people want to talk about counter-programming and bring that up in the conversation – like, Wednesday has been the home of NXT forever. Right?” Triple H asked. “That’s where it’s sat; it’s been on our network on a Wednesday’s time slot now forever.

“And when other people announce [their show] on Wednesday, you don’t hear talk about counter-programming. You just hear, ‘the announcement’. For us, everything is ‘counter-programming’ and it’s this and it’s that – We plan things long in advance,” Triple H continued. “We worry about doing our business and that’s really what we worry about, so, [I’ve been giving] cryptic talk because there’s a lot of thoughts and possibilities. And that’s the great thing about it is that we can do just about anything, it is about what is best for WWE, and this business, and how does it affect the fans in the way that is the most meaningful to them.”

Regarding the WWE vs. AEW Wednesday Night Wars, the Observer noted that TNT airs in more homes and is a much higher-rated channel, but WWE is obviously the known name brand to the general public, and NXT would be promoted on two of the most-watched cable shows, among other programs.