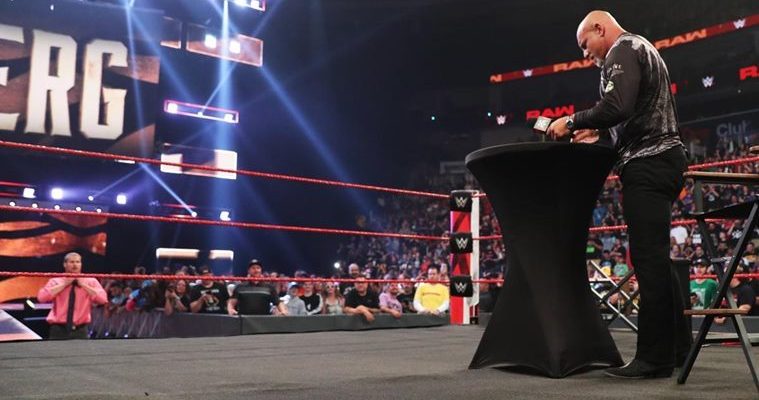 Goldberg made an appearance last night on RAW during a MizTV interview segment after it was explained that the contract Dolph Ziggler signed wasn’t for a match against The Miz as previously announced or against Shawn Michaels who was on hand for the segment.

Goldberg signed the contract and said to Ziggler – “Your’e Next.”

Just as the show was coming to a close …  Shawn Michaels hit Ziggler with some Sweet Chin Music.