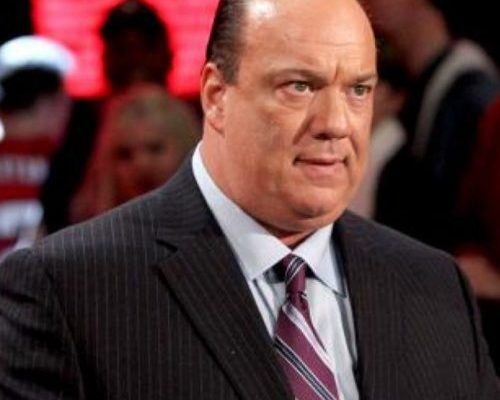 Paul Heyman reportedly had “his fingerprints” all over last night’s WWE RAW episode, with most of the material going through him, according to Dave Meltzer on Wrestling Observer Radio. However, Vince McMahon and red brand head writer Ed Koskey were the main ones discussing the show at the big production meeting for this week’s RAW, not Heyman.

Last night’s RAW was not 100% Heyman’s show, but it was a “very heavy Paul Heyman” episode, essentially his first as the new Executive Director of the red brand.

It was speculated that Corey Graves’ “Holy s–t!” line after the stage explosion with Braun Strowman and Bobby Lashley may have been scripted. Meltzer noted on Wrestling Observer Radio that the line was scripted. We had noted earlier how WWE didn’t use the 7+ second delay to bleep the word. There was reportedly a feeling that they did the line to add to the recent efforts to make RAW seem more edgier.

Fans online seem to be under the impression that Heyman ran last night’s RAW as it came off as a better episode compared to what we’ve seen in recent weeks. There was a light “thank you Heyman!” chant in the American Airlines Center following the stage explosion angle with Strowman and Lashley last night. Regarding that explosion angle, WWE used the overhead shot backstage because they wanted to make it look like it wasn’t a part of the planned show.

Heyman did appear on RAW as Brock Lesnar’s advocate, in a backstage segment to get WWE NXT Tag Team Champions The Street Profits over, but there are still no plans for him to be an authority figure on TV. Heyman has been very adamant about not working an authority figure role on WWE TV, with the feeling that the role has been played out for years. One of the changes Heyman reportedly wants to make is doing away with the authority figures.

New SmackDown Executive Director Eric Bischoff is expected to be at tonight’s blue brand show from San Antonio. Bischoff’s “fingerprints” may end up being on tonight’s SmackDown, but word is that his first official episode will be the post-Extreme Rules show on July 16.